Maryland policymakers can expect robust economic growth in the years ahead, fueled by federal aid, a return of workers to the labor force, and consumer spending, an economist told a Senate panel on Thursday.
Listen now to WTOP News WTOP.com | Alexa | Google Home | WTOP App | 103.5 FM

Maryland policymakers can expect robust economic growth in the years ahead, fueled by federal aid, a return of workers to the labor force, and consumer spending, an economist told a Senate panel on Thursday.

But rising wages — propelled by an unusual churn in the workforce — are going to make it “incredibly difficult” for state and local governments to attract and retain talent.

The assessment was offered by Dan White, director of government consulting and fiscal policy research for Moody’s Analytics. His annual briefing helps prepare members of the legislature’s fiscal committees for the thousands of spending and revenue decisions they will make during their 90-day session that began on Wednesday.

White told the Senate Budget and Taxation Committee that “the economy is doing quite well, the labor market is coming back,” and that American households are sitting on an historic amount of cash ($3.5 trillion, more than triple the normal amount) — money that is likely to be spent by consumers post-pandemic.

But he warned that “inflation is starting to kick up much higher than we would have ever expected.”

Inflation and the potential for a new COVID variant represent the biggest potential threats to the economy in the near future, White said.

Consumers saw prices jump 7 percent in 2021, the largest jump in 40 years. Supply chain issues, a shortage of truck drivers and manufacturing problems in China account for much of the increase.

And it’s not just shoppers who are suffering sticker shock.

Employers are having to pay more to keep workers and fill vacancies, in part because of the number of people who have left the labor pool. That’s where state and local governments are getting hammered by an increasing “quit-rate.”

While the private sector can raise prices to offset rising wages, state and local governments cannot. “You’re having to compete in a very difficult labor market right now, and attracting folks into the public sector labor force is going to be incredibly difficult over the next four or five years,” White said.

Asked about his legislative priorities for the new session on Wednesday, Senate President Bill Ferguson listed several, including “ensuring that we have the best and brightest public workforce, and that means salaries,  adjustments and investing in our public workers.”

“We have got to make salaries more competitive across the board,” he added.

At her last Board of Public Works meeting, former Treasurer Nancy K. Kopp (D) warned about a looming state government “brain drain” brought on by retirements.

She said it has “always” been “a serious issue” but now is “reaching a critical stage.”

White said people are hesitant to return to the workforce for two main reasons — they’re not comfortable being around others in the midst of a pandemic and they have childcare issues.

On a percentage basis, more Marylanders have quit their jobs during the pandemic than in the nation as a whole, and workers here have returned to the workforce more slowly, White told the panel.

The rise in telework is also having impacts on the decisions employers about how much space they need, a trend that will impact local planning and land use.

“We’re seeing increases in warehousing and server farms, and we’re seeing big cutbacks in where we put people. Because we just don’t need as large a space to put people as we did.”

Maryland finished fiscal 2021 with a $2.5 billion surplus, much of it tied to pandemic aid from the federal government. Gov. Lawrence J. Hogan Jr. (R) and the legislature are expected to tussle in the coming weeks about how to best use those funds.

“We’re going to have this one-time revenue,” said committee chair Guy Guzzone (D-Howard). “But what happens the next year? Is it going to catch up to us?”

Yes, White said, noting that higher-than-normal inflation is likely to boost the costs the state faces.

“I think a lot of people are kind of overwhelmed with how much money they have,” he added. “It’s exceptionally important that one-time monies are spent on one-time things.” 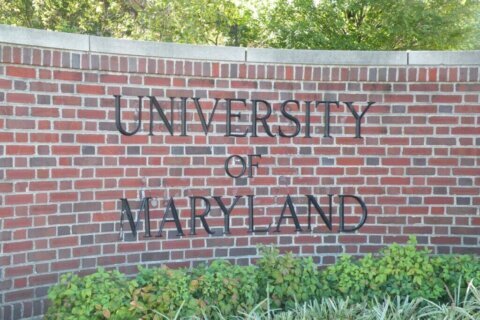