Historic Annapolis in Maryland is presenting an exhibit entitled "Founding Freedoms: The Essential American Documents," where printings of four of the most important documents in early American history can be viewed.
Listen now to WTOP News WTOP.com | Alexa | Google Home | WTOP App | 103.5 FM

Historic Annapolis in Maryland is presenting an exhibit entitled “Founding Freedoms: The Essential American Documents,” where printings of four of the most important documents in early American history can be viewed.

The exhibit was put together in partnership with philanthropist David M. Rubenstein and the Maryland State Archives and will consist of printings of the U.S. Constitution, the Bill of Rights and the Declaration of Independence, all from Rubenstein’s collection.

An example involving the Declaration of Independence includes a rare William Stone engraving of the original document in the National Archives, which is famous for being the version seen in textbooks.

“Seeing historic documents in person brings them alive in ways that images online or in a book cannot,” Rubenstein said.

Rubenstein added that he’s hopeful the exhibit will attract a range of generations.

“These documents symbolize the birth and development of a new nation and will draw attention to the crucial role Annapolis and Maryland played in the nation’s founding,” said Robert C. Clark, President and CEO of Historic Annapolis. 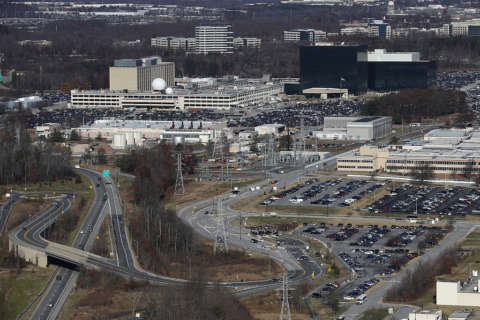