The legal battle over Gov. Lawrence J. Hogan Jr.’s decision to pull the plug on supplemental unemployment benefits is expected to return to a Baltimore City courtroom in the next two weeks.

Two state lawmakers who crafted unemployment insurance legislation this year said on Monday they expect attorneys for uninsured Marylanders to prevail — and for the court to reverse Hogan’s order that benefits end two months early.

Although the administration has maintained that it was within its rights to end a supplemental $300-per-week federal payment at the beginning of July, the lawmakers said a plain reading of state law suggests otherwise.

“It’s pretty clear — from [pre-existing] law and the 2021 law — that the legislature wants the state to maximize help for its unemployed workers,” said Sen. James C. Rosapepe (D-Prince George’s). “That means making the rules and taking the money that the federal government allows Maryland to use to help people.”

Rosapepe and Del. Lorig Charkoudian (D-Montgomery) sponsored legislation this year — Senate Bill 893 and House Bill 1002 — to prevent the state from leaving money on the table.

In upholding a circuit court ruling that temporarily blocked the state from ending benefits 60 days early, the Court of Appeals quoted from the legislation, noting “…the General Assembly’s pandemic-specific interest in requiring that the Maryland Labor Secretary review federal regulations and guidance to identify ways to ‘expand access to unemployment benefits.’”

“That provision… reinforces the desirability, expressed by the General Assembly, of seeking all forms of federal assistance,” the court wrote.

The federal supplemental unemployment benefits are due to expire in early September.

Hogan has repeatedly said he was justified in ending them early because employers are having a difficult time filling vacant positions, a phenomenon he has blamed on the checks that unemployed workers are receiving.

“There are record numbers of jobs available, and this program is making it harder to fill them, and hurting our restaurants and small businesses,” said the governor’s communications director, Mike Ricci, in a statement on Monday.

“The White House and the U.S. Secretary of Labor agree that governors can take this action, and most already have. We are confident the courts will ultimately rule in favor of our fight to get more Marylanders back to work and continue a booming economic recovery.”

Two dozen governors, almost all Republicans, have acted as Hogan has.

The case will return to Baltimore City Circuit Court, which is expected to hold a hearing on a longer-term preliminary injunction before the temporary restraining order expires on July 13.

On Saturday, as required by the restraining order, the Hogan administration sent a letter to the U.S. Department of Labor rescinding its notice to end participation in the expanded federal unemployment insurance programs. At the same time, Labor Secretary Tiffany P. Robinson said the state’s rescission letter would serve as notice that the state intends to seek an end to its participation in the unemployment programs on July 14, the day after the Circuit Court’s current order expires.

Rosapepe said Hogan was not only legally wrong to curtail benefits, he was wrong as a matter of policy.

Ending benefits in July rather than September, he said, would cost the state an estimated $1.5 billion in federal aid, with no state match required.

Out-of-work Marylanders would be certain to spend that money immediately on food, rent and other essentials, he maintained, boosting the state’s economy. “It helps everybody,” he said.

Rosapepe said he and Charkoudian were motivated to craft legislation this year after learning that the White House intended to supplement unemployment benefits that were due to expire in March — and to maintain eligibility for newly-eligible “gig” workers.

The House version of their bill passed the House on a party-line vote, 95-40, on March 18.

The Senate version was approved unanimously, 45-0, the following day.

“The law, the facts, the intention, the context, all say the same thing, that the legislature intended to make sure these folks are protected — and that the state is protected,” Rosapepe said. 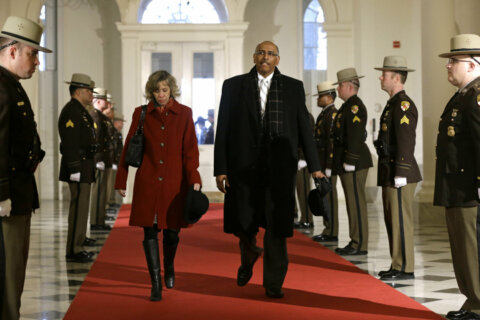