Hogan’s State of the State: More resilient than ever

While normally Hogan would have delivered his annual address to a midday joint gathering of the Maryland Senate and House of Delegates, the governor live-streamed his comments. In the address, Hogan urged Marylanders to get the vaccine – but acknowledged it may be some time before everyone is vaccinated.

And as in past years, Hogan emphasized bipartisanship and cooperation in his address.

“Over this past year, as we have faced unimaginable challenges, those words were truly put to the test,” he said. “But together we rose to the challenge, and it is because of the courage, the sacrifices, and the strength of the people of Maryland that the state of our state is more resilient than it has ever been before.

Here’s what Hogan said in his seventh State of the State address:

On the state’s vaccine plan

More than 570,000 Marylanders have received a dose of the COVID-19 vaccine as of Wednesday, Hogan said, and the state is ready to vaccinate many more when the federal government allocates more doses.

“Unfortunately, right now the amount of vaccines being allocated by the federal government is just a tiny fraction of what we need,” Hogan said. “That is the hard truth not just for us in Maryland, but for every state in America.”

Hogan echoed his Acting Secretary of Health Dennis R. Schrader in saying that the state is building “infrastructure” to cope with a larger supply of the long-sought vaccine. He noted that the new single-shot Johnson & Johnson vaccine could soon receive federal approval – and that it’s being manufactured in Maryland.

Despite the limited supply, the state recently opened up eligibility to a much larger portion of Marylanders, leading some Democratic lawmakers to question the rapid expansion. In his rebuttal to Hogan’s address, House Majority Leader Eric G. Luedtke (D-Montgomery) pointed out that Maryland has lagged behind other states in its vaccine rollout.

“The single-most important thing is communication. The public is deeply confused about how to get access to the vaccine,” Luedtke said during a conversational, interview-style response, unlike the pre-filmed rebuttal speeches of the past.

Hogan acknowledged that vaccination will take time, and urged Marylanders to be patient and continue following COVID-related precautions while they await the vaccine.

“It is going to require a great deal of patience for many months while states continue to push the federal government and the manufacturers to increase the production and to drastically increase the allocations they provide to the states,” Hogan said. “In the meantime, we must continue to take the necessary precautions, which keep our families, our friends, and our neighbors healthy and safe.”

On COVID-19 relief and the economy

Hogan again urged lawmakers to pass his billion-dollar relief plan, but made no mention of an additional $520 million amendment that senators tacked onto his proposal this week.

Hogan’s RELIEF Act of 2021 consists mostly of tax cuts and money from the state’s reserves, and includes relief checks of up to $750 for families and $500 for individuals who filed for the earned income tax credit.

“I am once again calling on the legislature to pass this bill and get it to my desk as soon as possible, so that I can sign it into law, so that it can take effect immediately,” Hogan said. “There is absolutely nothing more important for the legislature to do, and Marylanders simply cannot afford to wait.”

The amended bill received preliminary approval in the Senate on Wednesday. Final debate is currently scheduled for Friday.

But the proposal might see even more additions in the House. Luedtke said there’s bipartisan agreement that relief needs to get to Maryland families and businesses fast but said the House may take a “slightly different position” than the Senate on how to best help Marylanders.

“We believe that the bill should absolutely be focused, laser-tight, on making sure Maryland middle class families and small businesses have the support they need,” Luedtke said.

Hogan touted his proposed budget as “structurally balanced with absolutely no tax increases,” and no layoffs for state employees. He said he’s also proposing more than $1 billion in tax cuts for retired Marylanders, which he said will keep “tens of thousands of Marylanders from feeling our state.”

“Now more than ever, Marylanders need to be able to keep more of their hard-earned money in their own pockets,” Hogan said.

Luedtke said the problem isn’t high taxes, but rather low taxes on wealthy Marylanders and businesses. He slammed Hogan’s veto on the proposed digital ad tax, which legislators plan to use to fund the also-vetoed Blueprint for Maryland’s Future education reforms.

“It’s not that taxes are too high, it’s that we let too many people get away without paying their fair share,” he said. He noted that House and Senate leaders are set to unveil unemployment insurance reform tomorrow.

Hogan said he’s issued more than 85 emergency health orders since the onset of the pandemic and noted that it was only a few days after his 2020 State of the State address that he met with other governors and federal officials in the District of Columbia to learn more about the spread of the coronavirus.

He lauded Maryland small businesses, essential workers and teachers for their actions over the past year and noted the Maryland National Guard’s role in distributing COVID-19 tests and, more recently, at the Capitol on Jan. 6. “When our democracy itself came under attack, they were first to arrive to protect our nation’s capital,” he said.

He also praised health care workers, and noted Daisy Solares, a Baltimore City resident and respiratory therapist at the University of Maryland Medical Center. He said Solares, who lost her father to COVID-19, was one of the first Marylanders to get the vaccine. She described it as a “step forward at healing,” Hogan said.

The pandemic “will not end overnight,” but Marylanders working together can “get life back to normal once again,” Hogan said.

“A better future is on the horizon where we can get back to doing the everyday things we all miss, like celebrating with friends and family at a crowded restaurant or taking our kids and grandkids to a baseball game,” he said. “A better future where our kids are thriving, our communities are safer, and our economy is booming once again. We will get there, but we must continue looking out for one another and continue working together to build that better future.”

In his response, Luedtke said the Democratic majority in the General Assembly is open to working with the governor on many of his priorities, but will also be focused in other areas as well. He emphasized racial equity and said he hopes Hogan works with the legislature as they attempt to pass police reform and pursue House Speaker Adrienne A. Jones’ (D-Baltimore County) racial justice agenda.

Luedtke said Maryland is “well-positioned” to lead the nation in economic recovery in the next few years but said an equitable recovery will be important as the state moves forward.

“The inequalities that exist in our society have been brought to light like never before,” Luedtke said. 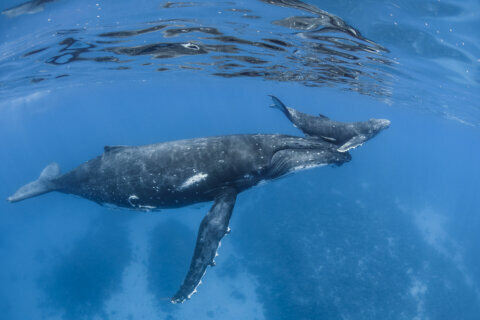