Congress is set to meet Wednesday to count the Electoral College votes and certify Biden’s win, but Republican Sen. Ted Cruz of Texas on Saturday announced a group of 11 senators and senators-elect that will further President Donald Trump’s efforts to overturn the election results by rejecting Electoral College votes.

They vowed to vote against certain state electors on Wednesday unless Congress appoints an electoral commission to immediately conduct an audit of the election results.

In a statement Sunday, Hogan called the effort “a mockery of our system and who we are as Americans.”

Of the roughly 50 lawsuits the president and his allies have filed challenging the election, nearly all have been dismissed or dropped. He’s also lost twice at the U.S. Supreme Court. This group of senators has presented no new evidence of election problems.

“President Trump and his team have had every opportunity to provide evidence supporting their claims, and they have failed to do so,” Hogan said in his statement. “Their allegations have been flatly rejected by Trump-appointed judges and a Trump-appointed Justice Department alike.”

President Trump on Sunday continued to scrutinize Georgia — the site of a deciding runoff election for its two Senate seats — for its election processes, saying in a tweet Georgia Secretary of State Brad Raffensperger “has no clue” about Trump’s unfounded claims of election fraud.

Raffensperger has overseen three different recounts of the vote and tasked the Georgia Bureau of Investigation with conducting an audit of the signature match system in Cobb County that determined the system was 99.9% accurate and revealed no evidence of fraud.

“All 50 states have now certified the presidential election. Governors, judges, and Secretaries of State have all done their job, regardless of the political consequences,” Hogan said.

Trump’s refusal to accept his defeat has created a split among Republicans, who are forced to make consequential choices that will have lasting effects in the post-Trump era. Cruz and Hogan represent two sides of a Republican Party forced to either back President Trump, or back away from him. Both are also considered possible Republican presidential candidates in 2024.

“Whether or not you like the result, the process worked as it always has. What’s not working is that far too many politicians in Washington seem to have forgotten the basic principle that they are beholden to the people, not the other way around,” Hogan said. 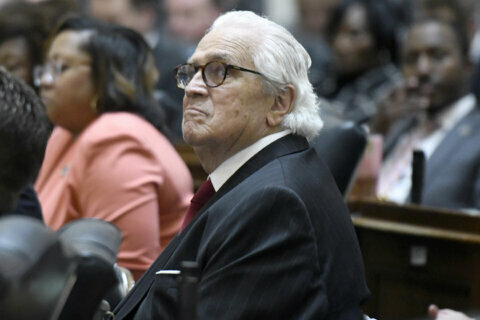