A Hagerstown, Maryland, man faces multiple charges, including intent to create a destructive device, after investigators found explosives and homemade detonators inside his house.

According to the Office of the State Fire Marshal, authorities were called to 44-year-old Stephen Russell Smith’s house on the 200 block of Hager Street after a woman noticed items that she found suspicious, including several hand grenades.

The Fire Marshal’s office found the devices in the house could be live, so a bomb squad was called in to make a determination and disarm the devices that posed a threat.

Once the threat of the explosives was cleared, the office obtained a search and seizure warrant and investigators found “multiple other pieces of evidence.”

Investigators found around 1,000 rounds of ammunition and 20 pounds of white ammonium nitrate “prills” — which can be modified to act as an explosive.

“The quick recognition of the potential hazard with these devices by the occupant of the home, and her decision to immediately contact local authorities was absolutely appropriate in this incident,” State Fire Marshal Brian S. Geraci said.

Nobody was hurt during the investigation.

Smith had already been incarcerated in the Washington County Detention Center the day before the explosives were found on an unrelated charge. 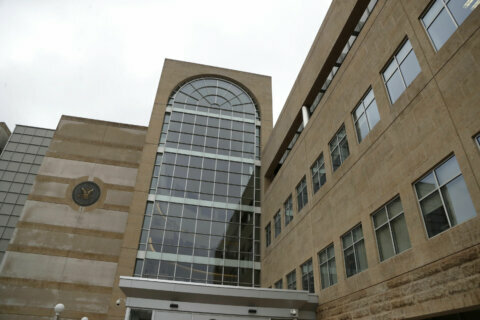