Sen. Justin Ready, a Republican from Carroll County, told the Education, Health and Environmental Affairs Committee that making the change would be beneficial to public safety and economic activity — and that “folks like” having the extra hour of daylight in the evening.
Listen now to WTOP News WTOP.com | Alexa | Google Home | WTOP App | 103.5 FM

A state senator testified on Thursday that his bill to make Daylight Saving Time permanent in Maryland was aimed at helping the state “spring forward and stay there.”

Sen. Justin Ready, a Republican from Carroll County, told the Education, Health and Environmental Affairs Committee that making the change would be beneficial to public safety and economic activity — and that “folks like” having the extra hour of daylight in the evening.

Ready said his bill would send “a signal to the federal government,” adding Maryland’s name to the list of states that are asking U.S. lawmakers to let them change. He said 41 other states that have passed or are considering similar legislation.

“There isn’t really any reason for the switching back and forth,” Ready told the committee. In learning more about the origins of Daylight Saving Time, he learned that farming was intended to benefit from the time change, but he said the U.S. Farm Bureau had no position on the matter.

He argued that making the change permanent would have “a lot of economic benefit,” and that crime is generally low in the morning and high in the dark of the evening.

“I already had a lot of people asking me why we do this,” Ready said. He added one of the motivations for his proposal came from his “most important constituent,” his wife — a schoolteacher, who, Ready said, “really doesn’t like getting to school before it’s light and getting out when it’s already dark.”

Matthew Riebel testified in favor of the bill, citing a study in the American Economic Journal: Applied Economics that found a 6% increase in car crashes in the week after the spring time change, and no reduction in the fall time change.

He also mentioned a University of Michigan study that suggested a 25% increase in heart attacks on the Monday following the spring time change, compared with the usual Monday (the biggest day for heart attacks).

“The time change has been very harmful,” Riebel said.

Lisa VanBuskirk, of Start School Later Maryland, spoke against the bill, acknowledging the health problems inherent in switching time back and forth, but arguing for permanent standard time.

The spring-forward time change results in an even later sunrise, and high school and middle school start times are too early as it is for adolescent sleep rhythms, VanBuskirk said.

She added, “This is a safety issue” — the latest sunrise in Maryland is at about 8:30 a.m., while the earliest time you can see without artificial light is 8 a.m.

She asked for the bill to be defeated, or at least to be amended to change school start times.

The time change was first implemented during World War I, according to a legislative analysis of the bill. Afterward, the federal government discontinued the nationwide practice, but allowed individual states to keep it going.

By 1966, however, the inconsistent practices were leading to “confusion and collisions caused by different local times” on train lines. The Department of Transportation was formed that year, and among other things, was given the power to implement Daylight Saving Time (as well as time zones, which were also created to avoid transportation problems, starting in 1883).

It’s not known yet when the bill will come up for a committee vote. 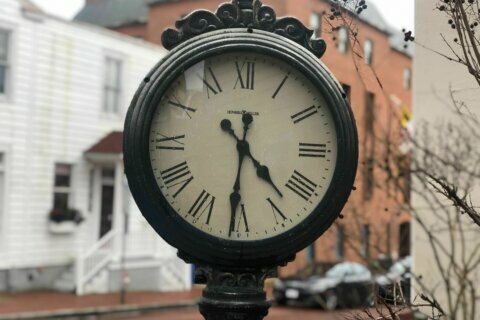 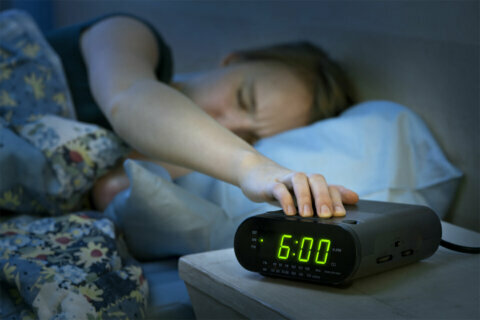