Gov. Larry Hogan, on the contrary, views the proposal as a destruction of his work to ease the tax burden on Marylanders.

They’re both viewing the same thing: a proposal from Del. Eric Luedtke, the House Majority Leader.

Luedtke’s plan would cut the state’s sales tax by a penny, but then tax services on everything from accounting to legal services, with some exceptions like education and health-related services.

The Montgomery County Democrat introduced the bill on Thursday as a way to raise $2.6 billion to pay for education reform, but Hogan pushed back on the notion.

Hogan, a Republican, ran as a tax hawk in his first term and campaigned on the state of Maryland’s economy before winning a second term as governor.

Hogan had insisted there was no way for Democrats to fund the education reform bill, called “The Blueprint for Maryland’s Future,” without raising taxes.

He insisted the introduction of the new bill proves his point.

Democrats said the proposal is the start of a conversation over how to pay for the education reform that would raise teacher salaries, expand pre-K and fund intensive services for students and their families in a school setting.

At his news conference, Thursday, Governor Hogan stated that daycare would be taxed under the proposal HB 1628.

That’s not the case. day care would be exempted under the bill as submitted to the General Assembly. 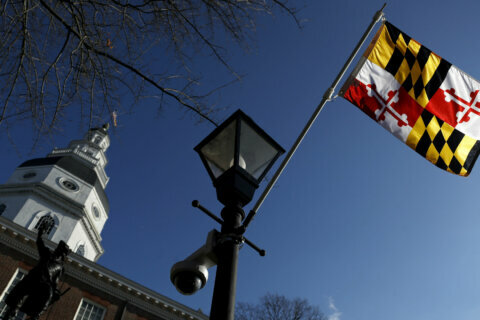