Navy Football motto ‘missed the mark,’ will be changed

U.S. Navy Football has announced that it will be changing this year's team motto amid concerns that the original choice was insensitive to victims of gun violence.
Listen now to WTOP News WTOP.com | Alexa | Google Home | WTOP App | 103.5 FM

Navy Football has announced that it will be changing this year’s team motto amid concerns that the original choice was insensitive to victims of gun violence.

Every year Navy Football captains choose a new internal motto to inspire and set a theme for the upcoming season. This year, the captains initially chose “Load the Clip” as their motto.

“In the initial motto chosen, ‘Load the Clip,’ the ‘clip’ was intended to be a metaphor for consistent, daily work ethic in preparation for game day,” said Cmdr. Alana Garas, a spokeswoman for the U.S. Naval Academy.

The Capital Gazette and the U.S. Naval Academy are both based in Annapolis, Maryland. Five people were killed in the Gazette office when a gunman entered the building and began shooting.

” … The bottom line is, we missed the mark here,” said Vice Admiral Sean Buck, the superintendent for the U.S. Naval Academy. “The initial internal football team motto selected, ‘Load the Clip,’ was inappropriate and insensitive to the community we call home, and for that, I take responsibility for, and apologize to not only the Capital Gazette, but the entire Annapolis community.”

Team captains met and proposed an alternate internal motto for the 2019 season: “Win the Day.” 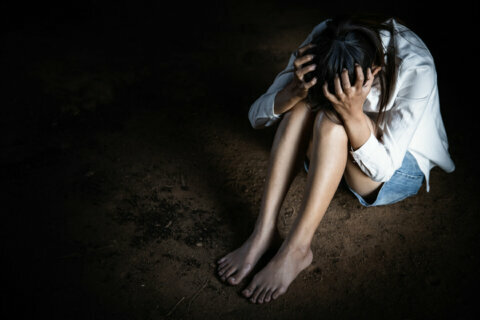