Under legislation that's now being considered in Maryland, the state would be able to set up facilities where people could self-administer drugs, such as heroin, under the supervision of health care professionals.
Listen now to WTOP News WTOP.com | Alexa | Google Home | WTOP App | 103.5 FM

WASHINGTON — Maryland lawmakers are considering a controversial approach to the worsening opioid crisis that would allow users to inject drugs without facing legal penalties.

Under the legislation, the state would be able to set up facilities where people could self-administer drugs, such as heroin, under the supervision of health care professionals.

“We’ve got to get out of our comfort zone,” said Democratic Sen. Brian Feldman. “The current strategies simply aren’t working.”

Committees in both the state House and Senate debated the proposal Thursday.

“We’re in a crisis situation and we owe it to our state to give these practices some consideration,” Feldman said.

But opponents expressed concerns about having sanctioned drug use in communities, saying the sites could encourage further drug use and criminal activity.

“So, you basically bring your own drugs to the facility and say ‘Hey, I’m going to be shooting up?'” asked Republican Del. Sid Saab. “I think the problem needs to be more on the treatment side than just encouraging, in a way.”

The legislation would allow the Maryland Department of Health to approve up to six injection sites that would operate in places where drug use is known to be a major problem.

They would not be allowed in residential neighborhoods.

“What we’re doing is providing a safe place for them to bring drugs that they have anyway,” said Democratic Delegate Joseline Pena-Melnyk.

There are currently no injection facilities officially operating in the United States, but leaders in several states and cities, including D.C., have pushed for them.

Federal officials have warned against it.

In a 2018 opinion piece in The New York Times, U.S. Deputy Attorney General Rod Rosenstein said jurisdictions that set up injection facilities should expect “swift and aggressive action” from the Department of Justice.

“Americans struggling with addiction need treatment and reduced access to deadly drugs,” Rosenstein wrote. “They do not need a taxpayer-sponsored haven to shoot up.” 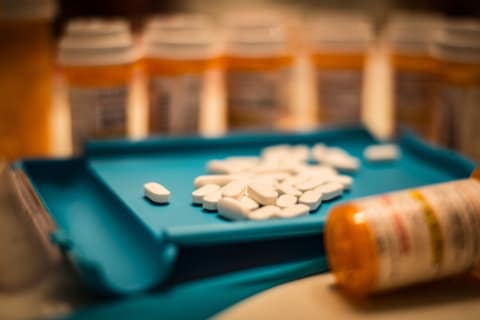 As Maryland’s opioid crisis rages on, so does grief