The number of overdose deaths in Maryland continued its deadly climb, reaching an all-time high last year, according to a new report from the Maryland Department of Health.
Listen now to WTOP News WTOP.com | Alexa | Google Home | WTOP App | 103.5 FM

WASHINGTON — The number of overdose deaths in Maryland continued its deadly climb, reaching an all-time high last year, according to a new report from the Maryland Department of Health.

Overall, the number of fatal overdoses ticked up 9 percent in 2017 to 2,282. Fatal opioid overdoses accounted for nearly 90 percent of the deaths, with the powerful synthetic opioid, fentanyl, remaining the biggest killer. Fatal fentanyl overdoses increased by 42 percent last year, rising from 1,119 in 2016 to 1,594. 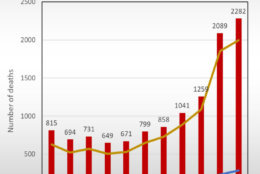 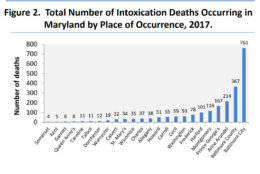 Cocaine-related deaths are also on the rise, according to the report.

Five years ago, cocaine-related overdose deaths were relatively stable, but they started to rise in 2014. The number of cocaine-related deaths more than doubled between 2015 and 2016 and increased by half between 2016 and 2017. Last year, nearly 700 Marylanders fatally overdosed on cocaine.

Fentanyl is also likely to blame for the spike in cocaine overdoses, health officials said.

Cocaine overdose deaths increased among all age groups, among both men and women and among both blacks and whites, according to the report.

While the number of fatal overdoses hit an all-time high last year, the increase year-over-year was far less marked than in previous years, suggesting officials are seeing at least some success in stemming the tide of deaths. The 9 percent increase in overdose deaths in 2017 compares to a 66 percent increase the previous year.

Another positive sign: The number of overdoses from heroin fell slightly in 2017.

After exponential increases each year since 2011, heroin overdose deaths now account for about a third of all overdose deaths compared to well more than half — 58 percent — in 2016, according to report.

Other take-aways from the report:

Neall, the Maryland state health secretary, urged Marylanders struggling with addiction to seek treatment and he urged more people to learn how to use naloxone, the lifesaving overdose-reversing medication.

Last June, officials in the Department of Public Health relaxed rules for dispensing naloxone, allowing pharmacists to hand out the overdose antidote to anyone. 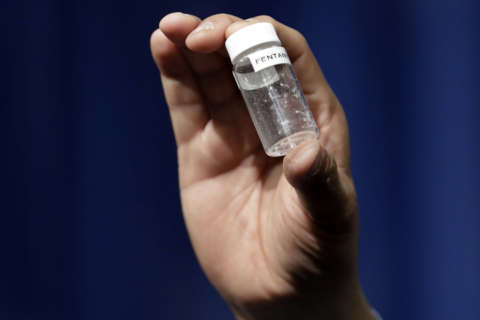