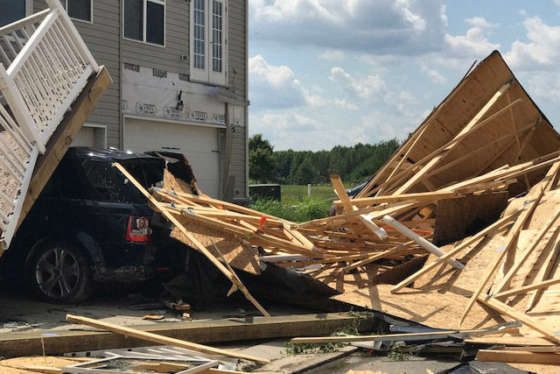 “There’s a lot of people devastated by what happened,” said Scott Haas, director of the Queen Anne’s County emergency services.

“There’s substantial damage in the area.”

Among the structures impacted, 14 homes and one business were completely destroyed. State and local officials are still assessing the damage and determining how much financial aid the community may need.

“If state officials deem it appropriate, we will express our strong support for a federal disaster declaration to make federal funding available for emergency work,” U.S. Sen. Chris Van Hollen, D-Md., said in a statement.

The EF-2 tornado formed as a waterspout over the Chesapeake Bay before coming ashore around 1:29 a.m. in the Bay City neighborhood, just south of U.S. 50, before turning toward Stevensville to the northeast. It cut a path that was 150 yards wide at its peak and reached wind speeds of 125 mph, according to the National Weather Service.

No one was killed, but one person was taken to a hospital after suffering a puncture wound from debris.

A house-to-house search did not find anyone trapped or in danger, said Queen Anne’s County spokeswoman Elizabeth Malasky.

The storm downed and split in half hundreds of trees, ripped roofs off homes and left a 2-mile-long path of destruction.

Such strong tornadoes are rare along the Eastern Shore, which last saw such a powerful twister 15 years ago. And only two other similarly strong tornadoes have ever touched down in Queen Anne’s County, according to the weather service.

The worst damage was concentrated around the Bay City community, just south of the bridge. But more damage could be found along Maryland Route 8 to the south of the island.

“My yard is destroyed,” resident Lorrie Jones said. “I just feel fortunate that our home has not been crushed like some others.”

The winds from the tornado forced the closure of the Chesapeake Bay Bridge for the eighth time in its history.

The longest recorded closure came in 2012 and lasted more than 18 hours during Hurricane Sandy.  Traffic was prohibited from crossing the bridge during three windy thunderstorms earlier that year, including the June derecho.

It also closed during Hurricane Irene in 2011.

And, in 2003,when Kent Island was under water because of Hurricane Isabel, the bridge closed for nearly 17 hours.

WTOP’s Dave Dildine and The Associated Press contributed to this report. 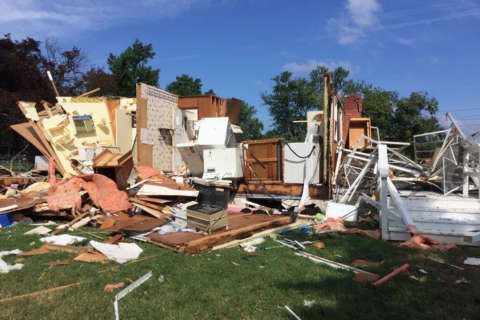 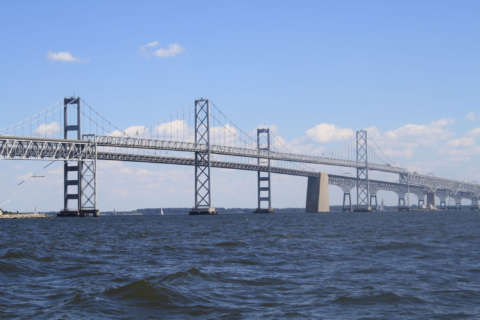 What goes into decision to close Chesapeake Bay Bridge?