WASHINGTON — Deaths from accidental drug overdoses in Maryland rose to 920 during the first six months of this year, compared to 601 during the same time last year — and it’s part of a troubling trend in the state, said a local agent at the Drug Enforcement Administration.

A preliminary report from the Maryland Department of Health and Mental Hygiene also finds deaths blamed on heroin increased from 336 to 566.

Deaths related to fentanyl, which is often used to cut heroin, nearly quadrupled from 121 to 446.

Karl Colder, Special Agent in Charge at the DEA’s Washington Division, says the biggest problem with deaths related to heroin and prescription opioids is awareness.

“People just don’t think it can happen to them,” Colder said.

He says the DEA is working with doctors and pharmacists to try to reduce the use of prescription opioid painkillers, which are often a gateway to heroin.

Looking further into the report at where heroin-related deaths have happened this year, here are the top five: 205 in Baltimore City, 101 in Baltimore County, 56 in Anne Arundel County, 33 in Prince George’s County, and 21 in Montgomery County. 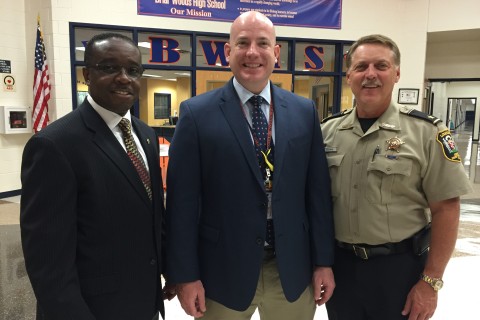