WASHINGTON — The mares on the Assateague Island National Seashore are given contraceptives, but they don’t always work: The park says three horses are currently expecting.

The seashore revealed on Facebook that horses N2BHS (Carol’s Girl), N6BMT-F (Jojo) and N10T-J (Charmed) are expecting. It can’t be said for sure when the foals will be born, but the best guess is April, May or June. The horses gestate for about 11 months.

The contraceptive program began in 1994, when the horse population had grown to 170, more than the habitat could support, Ocean City Today reports. It’s about 90 to 95 percent effective, biologist Allison Turner says, and some horses are immune — including Carol’s Girl and Jojo, who have given birth before, Jojo just last year.

The population is currently at 88, Turner tells Ocean City Today.

But in response to its own genetic study from 2005, the park is reducing the use of contraceptives — limiting it to younger mares, who, Turner says, need time to mature.

Other than that, “In two to three years, we should see a big increase,” Turner says. 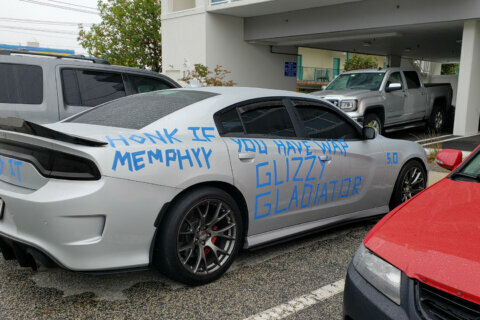