First-time marathoner Anna Bevill, 35, lost her brother in 2004 when he was killed by a sniper in Iraq. He was just 20 years old. In this sixth installment of WTOP’s Marine Corps Marathon series, she shares how a running community supports her in honoring her brother’s life.
Listen now to WTOP News WTOP.com | Alexa | Google Home | WTOP App | 103.5 FM
(1/3) 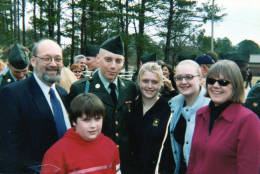 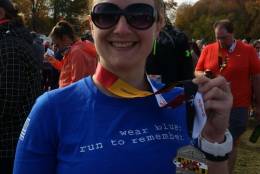 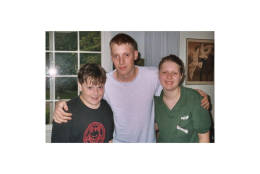 Editor’s note: All this month leading up to the Marine Corps Marathon, WTOP’s Jamie Forzato has stories of runners who have endured loss, persevered through personal struggles and found hope.

“I’m the oldest of four. My brother was the first sibling that I got. He was three years younger than me,” Anna said. “We fought a lot, but we were really close.”

But by the time Thomas turned 18 in 2002, they were developing their friendship as adults. He joined the Army that year and while his family respected his decision, they were apprehensive.

“I said, ‘Thomas, why would you want to do this when you know we are at war? 9/11 just happened. It’s inevitable. You will be in conflict.’ He was like, ‘Well, I’d rather join now and be useful than sit around wasting taxpayer money during a time of peace.’”

Two years later, he was preparing to deploy to Iraq. The family flew to Fort Lewis in Washington state — now known as Joint Base Lewis-McChord — to see him off in October 2004.

Less than one month later, Army Spc. Doerflinger was killed by a sniper in Mosul, Iraq.

“He was shot in the head. He died instantly. There was no pain. Because this sniper had this armor-penetrating ammunition, it went through his helmet,” Anna said.

With Thomas in mind, Anna made a life-altering decision on her 30th birthday. At the time, she had a 1-year-old child and was recently separated from her husband.

“One day, I realized I needed to do something better for myself. So I quit smoking and started running the same day,” she said.

In his memory, she completed the D.C. Veterans Day 10K that year and thought about signing up for a marathon — something Thomas would have found amusing.

“One of the things we bonded over as adult friends was smoking,” she said, laughing. “I know that running wasn’t something that he loved to do. He enjoyed a good cigarette and having a drink with his friends. So I know that if he saw that I signed up for a marathon, he would be like, ‘Why? Why would you want to do this to yourself?’”

She joined the “wear blue: run to remember” organization two years ago, a running community of about 6,000 members worldwide. She began running with them at Centennial Park in Ellicott City, close to her home in Columbia.

Anna, now 35, was invited to run this year’s Marine Corps Marathon — her first marathon — as part of their Gold Star Race Program.

“As you can imagine, losing somebody like that — a spouse, a child, a sibling — that ache just continues day after day. To have that type of support network, even in a small way, helps them,” said program director Chris Bryant. “On the weekend of the race, we just try to make sure that they understand how much we appreciate what they’ve sacrificed. We try to make sure it’s an experience for them that they will never forget and one that helps launch them into the adventure that their lives still hold for them.”

Before each race, the group huddles up in a circle and reads the names of fallen service members who died on that day since the beginning of the war on terror. Bryant says it reminds them they are about to take purposeful steps.

“The people who cross the finish line are different from the people who toe it up at the beginning. It’s a transformation that occurs on any marathon. You are changed by the experience,” he said. “The Marine Corps Marathon is special because the officers drape that medal across your neck and they salute you. It’s such a powerful way to end the race.”

Anna says the group has given her a way to move forward with her life and honor the little brother she lost.

“I would want people to remember he had an amazing sense of humor. He was such a funny guy. He did great impressions. He loved to write. I’m very confident he would have written some amazing books if he was still with us today,” she said.

She added, “We were all very proud of him. He was out there, ultimately, to protect his brothers. We will always miss him. We would never let him be forgotten.” 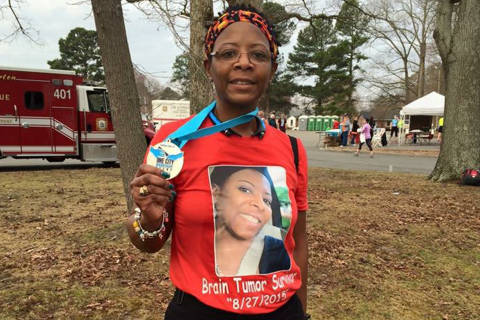 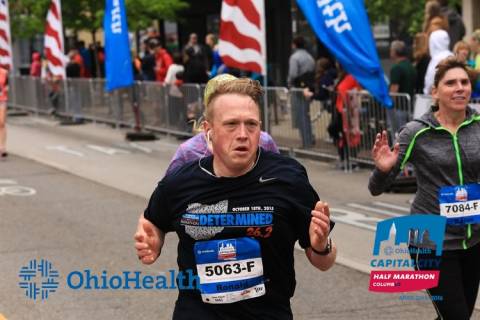 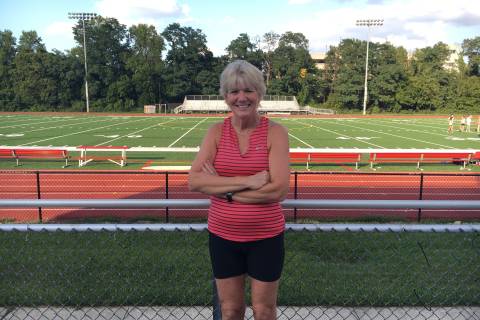 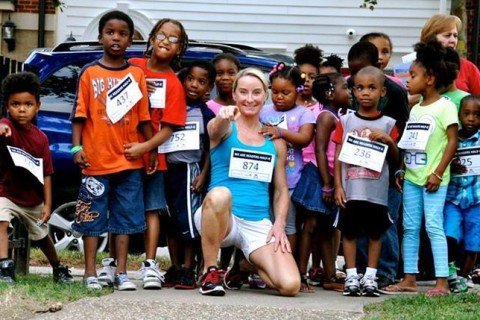