Loudoun County, Virginia’s top prosecutor says her office is “inundated” and will not participate in some misdemeanor cases, choosing to focus on violent and felony crimes.

In a Dec. 30 memo to Loudoun County General District Court judges, Commonweath’s Attorney Buta Biberaj said that as of Jan. 16, her office will not participate in a number of traffic offenses and low-level criminal cases.

Biberaj tells WTOP that she wants to prioritize the work of Loudoun prosecutors on serious crimes.

“Do we want to spend three or four hours on a traffic infraction or low-level nonviolent offense? Or, do we want to take that time and dedicate it to rapes, robberies and domestic violence?” Biberaj said. “I choose, for the betterment of the community, to focus in on those more serious and egregious matters.”

Biberaj’s memo to the judge included six traffic offenses that her office will no longer try:

Biberaj also listed nine criminal offenses that generally do not warrant jail time that her office would also no longer participate in:

With the quickly growing population of Loudoun County, and the prevalence of body camera footage, Biberaj said her office has faced a growing amount of work.

“It’s taken a lot of cases, which previously could be prepared by reading a page and a half of a police report, interviewing an officer for 10 or 15 minutes, and talking to a victim for 15 or 20 minutes — you could prepare a case within an hour,” Biberaj said.

Biberaj, who was elected on a platform of judicial reform, said the prioritization of her office’s involvement doesn’t mean people won’t face justice.

“They get their day in court — they are held accountable,” said Biberaj. “The judge still makes the determination whether they’re guilty or not guilty and imposes an appropriate disposition.”

However, instead of prosecutors facilitating the hearings in District Court, Biberaj said the judge will question sheriff’s deputies or police officers about evidence, and provide defendants the chance to speak.

“If the officer was there, they’re the ones that have all the facts, so they’re very much aware of what was recorded on body-worn cameras, and they have the reports,” Biberaj said.

“Law enforcement officers will no longer have assistance from a prosecutor in many General District Court cases,” said Chapman, in a statement. “While we are disappointed in this action by the Office of the Commonwealth’s Attorney, we are doing everything in our power to support our deputies through this transition and will make every effort to ensure that we continue to partner with the community to provide the same great service to everyone in Loudoun County.”

Biberaj said her office will provide guidance and training to assist sheriff’s deputies in presenting cases without the aid of a prosecutor.

Fox 5 DC was first to report on Biberaj’s memo to the judges. Board of Supervisors Chair Phyllis Randall said she had not been alerted to the change of policy within the prosecutor’s office.

“There’s no obligation or duty to share with the Board of Supervisors,” Biberaj told WTOP. “We are trying to be good stewards of the resources that we have.”

Randall said the board has funded an increase of 61 positions in the commonwealth’s attorney’s office since Biberaj was elected.

Randall was asked if she believes public safety will be affected by Biberaj’s decision to limit the types of cases her office prosecutes: “I don’t believe you have to have to prosecute everyone who shoplifts a candy bar. But, a hit and run with property damage, that’s a serious issue.”

“As much as I appreciate law enforcement, they’re not prosecutors. Our law enforcement is busy, and then you add this to their duties,” Randall said.

Virginia Attorney General Jason Miyares spoke out on Twitter against the proposed change in focus saying “prosecutors cannot cherry pick laws to enforce and laws to ignore – that’s not how our government works, and it establishes a dangerous precedent. Far-left CAs who ignore crime create an environment that only encourages more of it. Virginians deserve better.”

At a news conference Friday, Biberaj said the public has voiced that they want her office’s attention on violent crimes rather than lesser crimes, which she said are clogging up the judicial system.

“We’re going to continue to investigate how we can make these changes, secure the resources that we need to make sure that we’re dedicating them to our most violent offenses, and are able to make sure that we are always having a guarantee of safety and justice in our community,” she said in the news conference. 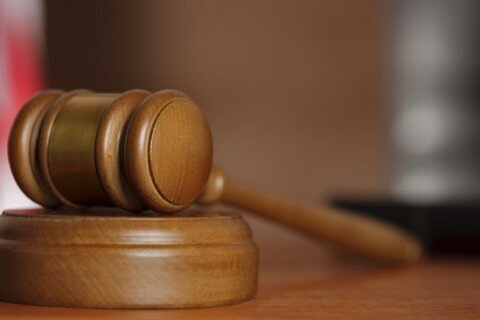