In the 1970s, the building that now houses a popular barbecue restaurant along the W&OD Trail on Ashburn Road in Virginia was a corner store, with two gas pumps out front.

Now, if you look straight up, the power line that runs along the popular walking and cycling trail is the same cable that was installed before Ashburn’s housing boom, and Loudoun County’s burgeoning development.

“This area was farmland then,” said Peggy Fox, spokesperson with Dominion Energy. “We’re replacing an old conductor — a transmission wire that was put up in the 1970s.”

Next week, the W&OD Trail will be closed, between Claiborne Parkway and Loudoun County Parkway, as the utility installs a new transmission line, high above the paved and gravel path.

Dominion had announced the power line work would begin this morning and extend until Friday, but mid-Monday Fox said the project would begin next week, because of “another unrelated construction project along the intended detour route.” 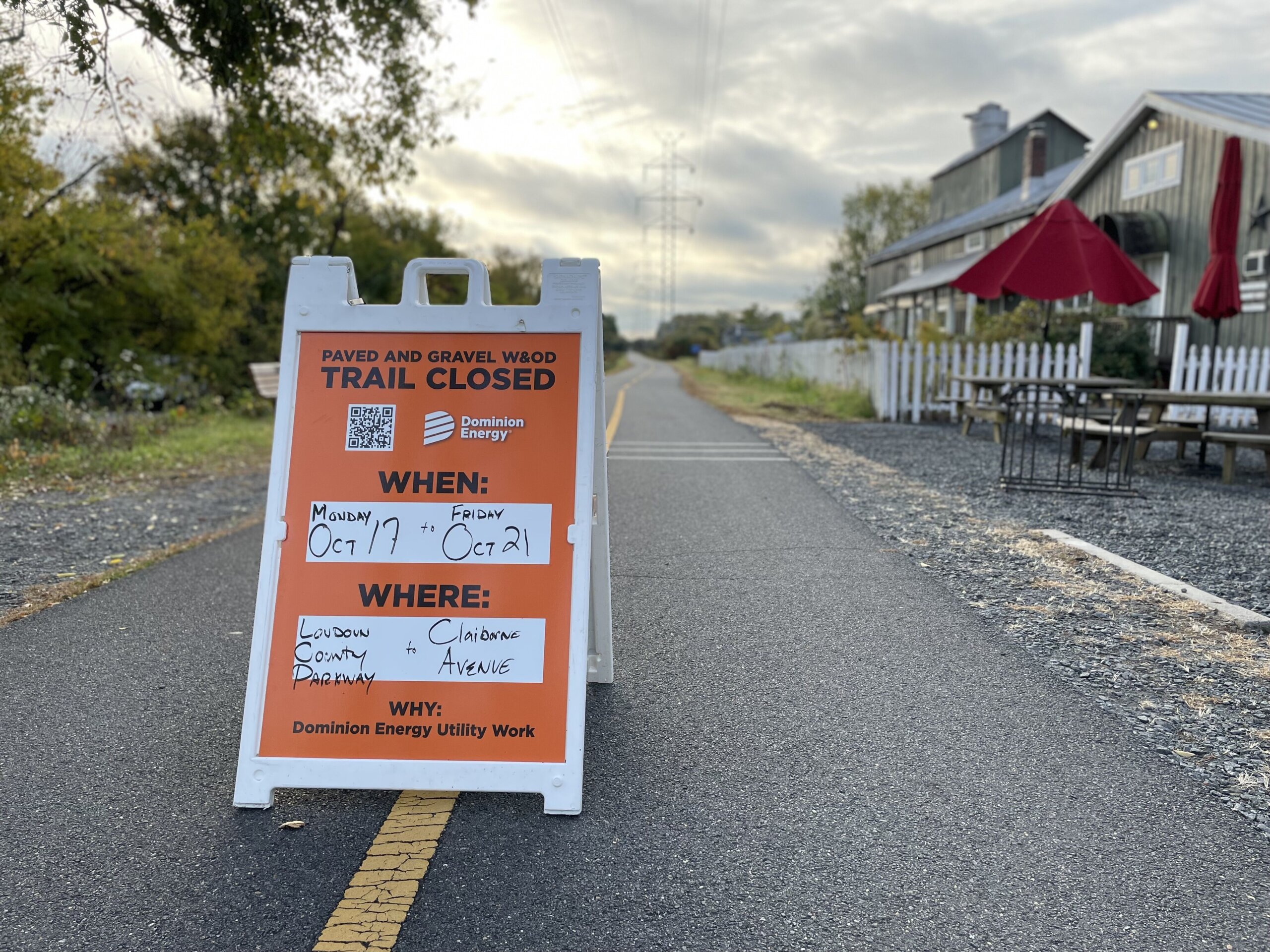 The W&OD Trail will be closed, between Claiborne Parkway and Loudoun County Parkway, as the utility installs a new transmission line, high above the paved and gravel path.”We’re putting up a brand new wire that allows more power to flow through it,” said Fox. “It meets the electricity demands of today in Loudoun County.”

It wasn’t until 1985 that county leaders approved a new development — Ashburn Village — which predated the continued growth of subdivisions, long before data centers existed. An estimated 70% of internet traffic travels through what the county has dubbed Data Center Alley, in Ashburn, which is considered part of the Dulles Technology Corridor.

While replacing the outdated power line is needed, it is also potentially dangerous, prompting the closure while Dominion crews and subcontractors pull the wire.

“If one of those wires falls, it’s very heavy, and if it hit you, it could kill you,” said Fox.

In addition, while the crews remove and replace the transmission line, “the wires on the other side of the tower are still energized,” said Fox. “The energized wire can feed electricity to the one we’re putting up, and if you happen to touch it, it could kill you.”

Next week, the 4-mile, VDOT-approved detour will direct trail users on paved paths from Loudoun County Parkway to Claiborne Parkway.

Traffic could be stopped for up to 15 minutes at a time, as the wire is pulled across Ashburn Road, Ashburn Village Boulevard, and Smith Switch Road, according to Dominion.

When the power wire work begins, both paved and gravel paths along the W&OD Trail will be closed and patrolled by county sheriff’s deputies.