An innocent Department of Defense employee recently spent four days in jail, while investigators gathered evidence that he was the victim of identity theft. Loudoun County's prosecutor says having your identity stolen "permeates every aspect of your life."
Listen now to WTOP News WTOP.com | Alexa | Google Home | WTOP App | 103.5 FM

An innocent U.S. Department of Defense employee spent four days in jail recently as Northern Virginia prosecutors pieced together evidence the man had been a victim of identity theft.

“We had a case recently in Loudoun County, where someone was accused of writing bad checks and cashing them, from Southern Virginia to here, in about four different jurisdictions,” Commonwealth’s Attorney Buta Biberaj told WTOP.

The man was unaware his identity had been stolen until he got a call from investigators about a bad check. When the man called police to file an identity theft complaint, responding officers saw a warrant for his arrest and took him into custody.

“For the Loudoun cases, he ended up spending four days in jail,” said Biberaj

It took investigators from several jurisdictions to determine the man’s identity had been stolen — this week, charges related to the bad checks have been dropped in Loudoun and the other counties.

“How do you undo someone spending four days in jail,” Biberaj asked.

WTOP spoke to the man’s family while he was in custody — a family member expressed concern for the man’s privacy, and how an unwarranted arrest would affect his career and personal life.

‘It permeates every aspect of your life’

The effects of identity theft go far beyond the inconvenience of having to get a new driver’s license, Biberaj said.

“It permeates every aspect of your life,” she said. “It affects your credit, your ability to have a history of financial stability and security.”

Not to mention when someone uses the stolen identity to write a bad check. “Now it creates a criminal record,” Biberaj said. “And to undo it, you almost have to establish your innocence.”

Proving a negative is difficult, especially for a person who has never had any contact with the justice system, Biberaj said.

“You have to show that you weren’t that person, and for people who don’t have records of where they were at a particular time, it can be almost impossible.”

After filing an identity theft complaint, prosecutors and investigators will look into transactions, but “it does take time,” said Biberaj. “It involves an innocent person in the criminal justice system, and really makes their life a nightmare.”

Assuming the investigation determines a person’s identity was stolen, prosecutors drop the charges, but the arrest stays on a person’s record until steps are taken to expungement.

“Virginia has a statute for expungement purposes if someone used your identity without your permission, and you were accused of a crime you did not commit,” Biberaj said.

After filing a motion for expungement, a Circuit Court judge can order records sealed, so they won’t show up in a state’s online court records.

“The problem with that is, it doesn’t erase the internet,” Biberaj said. 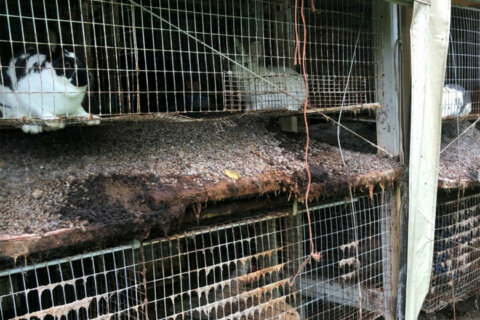