The Loudoun County School Board voted to eliminate the numerical ranking of high school students, starting with the next incoming freshman class, in the Northern Virginia county.

Starting next fall, as the Class of 2025 enters high school, Loudoun County Public Schools will use the percentage-based Latin Honor System.

School board member Harris Mahedavi, of the Ashburn District, said he introduced the motion, after hearing from students and their parents about the stress and mental health concerns related to vying for a top ranking.

“The majority of schools in Northern Virginia have moved away from it. We’re one of the last remaining ones,” to retain the numerical ranking system, he said.

“It makes better sense to me to allow that change to come in with next year’s freshman class. They can just come into high school all on the same page,” Reaser said.

Jeff Morse, of the Dulles District, was the sole board member opposed to idea of eliminating numerical rankings.

“You may be relieving the pressure at the very top, because they don’t have to be the No. 1, they’ll be in the top 5 [percent], but I assure you our students are still pressured,” Morse said.

Even though colleges are putting less importance on numerical ranking, the pressure associated with achieving high grade-point averages and SAT scores will rise, Morse said.

“So, we’re not eliminating anything,” Morse said. “What we’re doing is rearranging the chairs a little bit, and calling this good.”

The move by Loudoun County is similar to other Northern Virginia school systems.

Fairfax and Prince William counties and the City of Alexandria have shifted to similar percentile rankings. In Arlington County, a high school can elect to not compute class rank. Currently, one school does not rank, and two schools do rank, according to information gathered by Loudoun County school board staff. 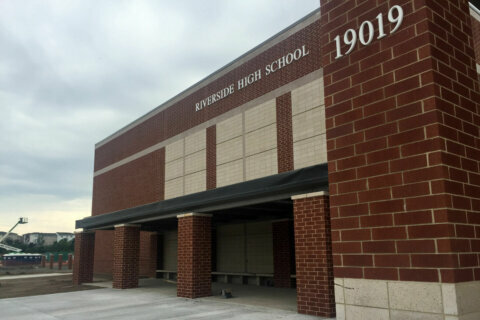