From 66 to 50: Smart traffic system repurposed to speed Loudoun commutes

Loudoun County will be repurposing a traffic information and display system previously used by VDOT on I-66 to assist drivers on congested Route 50.

Hoping to speed up slow commutes in the busy Route 50 corridor, Loudoun County is planning to install an “Intelligent Transportation System” previously used on Interstate 66.

The repurposed system involves cameras and sensors that allow the Virginia Department of Transportation to actively monitor traffic conditions, and display signs that tell drivers how long it will take to reach certain destinations. It was removed from I-66 when toll lanes were installed.

“It’s not so much having the information and knowing how long the commute is going to be,” said Letourneau. “There are many traffic signals in this area, and in the event of an incident or unusual backup, [VDOT] will have more tools through the sensors and cameras that will allow them to better manage the corridor.”

In addition to the three sets of display signs on Route 50, another pair will be located on the Loudoun County Parkway to assist drivers considering traveling to Route 28.

VDOT’s Ellen Kamilakis said the partnership with Loudoun County “allows a deployment that would otherwise be cost-prohibitive without the use of re-purposing equipment from the original I-66 Active Traffic Management System.”

Kamilakis said the agreement benefits all involved: “We consider this a win as drivers will receive additional information and we will have another tool for managing traffic in a bustling corridor.”

Route 50 in Northern Virginia exists in several different configurations, running from the West Virginia border into Rosslyn and coexisting for a short period with I-66 on the Theodore Roosevelt Bridge.

“The Commonwealth of Virginia came in and widened Route 50 [in Loudoun County near the Fairfax line], and it was sort of a ‘better late than never situation,'” said Letourneau. “The traffic still continues.”

Letourneau said the board of supervisors approved $1.05 million to implement the Intelligent Transportation System, and the design phase is underway.

“We’ve had a lot of growth in Loudoun,” said Letourneau. “And we know it’s coming out in the western side of Route 50, as you get past areas like South Riding and Stone Ridge.”

“We’ve got to be able to handle that traffic,” Letourneau said.

See map, provided by Loudoun County Government, showing where Intelligent Transportation System displays will be installed in the Route 50 corridor. 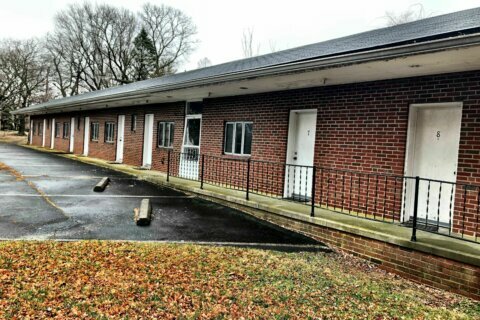