Holidays: 'Enchant' shines with millions of lights in Nats Park | Where to see holiday lights | Send in photos of decorations | How to give greener this season
Home » Loudoun County, VA News » At Redskins Park, a…

At Redskins Park, a football clinic gets youngsters with developmental hurdles onto the gridiron

Many dozens of young people hit the gridiron for drills with Washington Redskins players and volunteers at a clinic by Dreams for Kids DC, an organization that encourages youngsters with physical and developmental challenges to get on the field and have fun with their peers. See photos.
Listen now to WTOP News WTOP.com | Alexa | Google Home | WTOP App | 103.5 FM

Dozens of young people hit the gridiron for drills with Washington Redskins players and volunteers at a clinic by Dreams for Kids DC, an organization that encourages youngsters with physical and developmental challenges to get on the field and have fun with their peers.

Smiles and cheers were aplenty at Redskins Park in Ashburn, Virginia, as four groups rotated through different stations to run drills and practice catching and throwing footballs.

There were also plenty of water breaks, too. Even inside the indoor practice bubble and with cool air blowing into the facility, the heat wave’s tentacles didn’t let up.

Current and former Redskins players were there to coach the participants.

“It’s a different expression and joy to see these kids out here who society kind of puts in a box, but with this kind of opportunity, it totally knocks them outside that box,” said former Redskin player and current defensive quality control coach Kyshoen Jarrett.

Jarrett told WTOP he understands the experiences of families here. He was raised by a single mom and is the youngest of four.

Jarrett has an older “brother with cerebral palsy, who is fully dependent” and blind.

Local involvement and service are other important aspects for Redskins players:

“I just think it’s important to give back to the community that gives so much to you,” said Offensive Guard Wes Martin.

Christie Raupp of Springfield, Virginia, was there with her 11-year-old son Miles. She said he had uncontrollable seizures when he was younger, and had the left hemisphere of his brain removed. Raupp also described Miles as a people person who really loves life.

“Dreams for Kids is perfect for us because it lets him do what other kids probably are able to do — but with a little bit of a difference in it.”

Parents also enjoyed the unspoken understanding at the clinic.

“He’s a very active child and a lot of people don’t get him, so I think here he’s a free bird, if you will,” said Waynetta Martin of Dumphries, Virginia.

Sometimes there are eye-opening moments as well.

“Oftentimes the parents are very surprised with comments of ‘I didn’t know my kid had that in them.’ Seeing that is very powerful,” said John Darvish, president and CEO of DARCARS, one of the event’s sponsors. 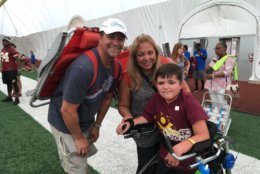 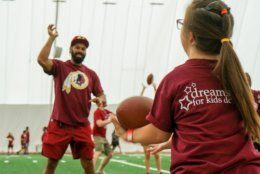 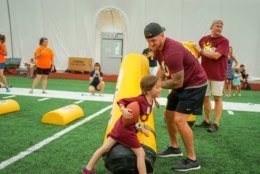 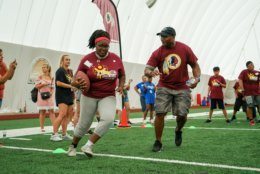 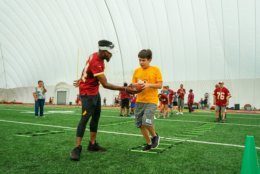 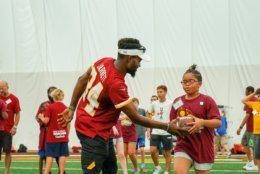 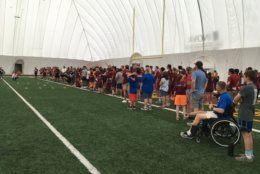 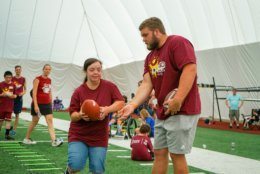 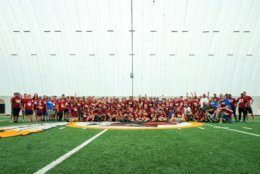 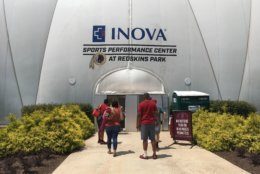 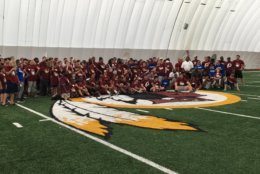