McGowan was given a 12-month suspended sentence and agreed to pay a $2,500 fine plea deal to the misdemeanor charge of possession of a controlled substance. She had been arrested at Dulles International Airport in 2017 after cocaine was found in her wallet.

In an exclusive interview with WTOP, McGowan said more than once that she “just wanted it to be over, however it ended.”

Originally, McGowan was charged with felony cocaine possession, for which, the maximum sentence is 10 years.

McGowan walked into the courthouse with little fanfare, accompanied by her partner, Rain Dove, who comforted her with an arm around her shoulder before her case was called.

McGowan addressed Circuit Court Judge J. Howe Brown, saying, “I’m very sorry for the inconvenience, and all the work that has gone into this.”

The court requested the plea entry be moved up from Tuesday to Monday. No other reporters were present.

Outside the courthouse in Leesburg, accompanied by Dove and her lawyer Jim Hundley, McGowan alluded to her connection to the #MeToo movement.

“Sometimes you have to lose the battle to win the war, and I’m in it for the long haul, and that’s what’s going on,” McGowan said. “Once you get tangled in the legal system, it’s very hard to get out of it, and sometimes you just take what you can get, and hope for the best. It’s caused a lot of stress and I just wanted it to be over … however it ended.”

The ordeal began Jan. 20, 2017, when, according to charging documents, a plane-cleaning crew found McGowan’s wallet, which contained cocaine, under her seat after she got off a United Airlines flight from Los Angeles to Dulles International Airport.

McGowan was one of the first women to accuse movie mogul Harvey Weinstein of sexually assaulting her, and since her arrest in November 2017 she and her team have suggested that perhaps someone working for Weinstein planted the drugs. McGowan’s attorneys have offered no independent proof of any involvement by Weinstein.

Weinstein has been accused of sexual improprieties by 80 women. He is charged in New York City with sexually assaulting two women but has denied the allegations, saying all of his relationships have been consensual.

Ebert was asked in the hallway after the plea whether McGowan was treated like anyone else, or her celebrity status afforded her any special treatment.

“She had no record,” Ebert said. “She smuggled a small amount of cocaine. She’s treated like everyone else, irrespective of what she is or who she is.” 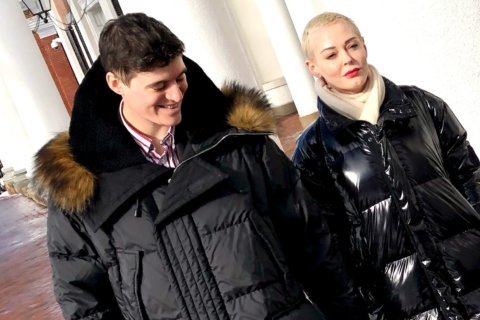