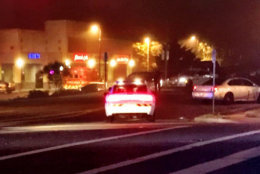 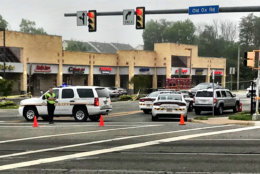 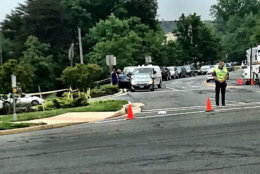 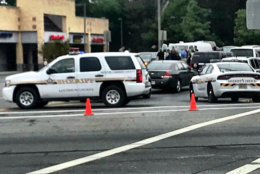 Gailani has been charged with two counts of first-degree murder, and possession of a firearm during the commission of a felony, Loudoun County Sheriff Mike Chapman told reporters.

Gailani was stopped by Loudoun County Sheriff’s Department deputies shortly after they responded to a report of a shooting at the Pharaoh Cafe in the 46000 block of Old Ox Road around 1:45 a.m. Monday.

“There were two individuals seated inside. The evidence shows he shot and killed both individuals inside the Pharaoh Cafe,” said Chapman.

Monday evening, Chapman’s office identified the victims as Ahmed S. Osman, 35, of Sterling and Murtada A. Marof, 40, of Herndon.

“He went inside with a handgun,” said Chapman. “He was not there earlier (in the evening), but he came to the establishment, went inside, and shot the victims.”

When deputies arrived on the scene, they found two people suffering from gunshots, inside the hookah bar and restaurant, which is located at the intersection of Old Ox Road and Rock Hill Road.

One person was pronounced dead on the scene, another victim died in an ambulance, said Col. Mark Poland with the Loudoun County Sheriff’s Office.

By mid-morning Monday, crime scene detectives have been photographing and processing evidence inside a car which deputies stopped on Rock Hill.

Investigators have not identified a possible motive in the shootings.

Gailani remains held at the Loudoun County Adult Detention Center, on no bond.