Future of Rose McGowan drug case to be argued in Va. courtroom

LEESBURG, Va. — Actress-activist-author Rose McGowan made her first appearance in a Loudoun County courtroom Wednesday, but her attorneys will have to wait six weeks before arguing prosecutors have insufficient evidence to try her for felony drug possession.

Two witnesses who were scheduled to testify for the prosecution in a preliminary hearing were waylaid by the several inches of snow in the D.C. area Wednesday, and the judge rescheduled the hearing for May 3.

Wearing a pink blazer over a black turtleneck, McGowan smiled pleasantly at reporters as she entered the courthouse, but declined to discuss how she was feeling about the case. She was accompanied by her aunt, and three attorneys, Jessica Carmichael, James Hundley, and Yancey Ellis.

After the brief hearing, McGowan didn’t seem overly concerned about the inconvenience of having to fly back for another hearing.

“The state of Virginia is beautiful — I’m always happy to visit,” McGowan said, as she walked to a waiting car.

According to charging documents, in January 2017, a plane cleaning crew found McGowan’s wallet next to her seat, after she got off a United flight at Dulles International Airport. Police said inside the wallet were two bags of white powder, which tested positive for cocaine.

On March 12, a district court judge declined McGowan’s motion to have the case dismissed, which included allegations she was “targeted” by movie producer Harvey Weinstein.

McGowan was one of the first of dozens of women to accuse Weinstein of sexual assault or harassment.

Last month, McGowan’s attorneys filed a motion asserting the drugs were planted after she got off the plane, perhaps by someone employed by Weinstein.

In the motion, Carmichael said prosecutors had not produced any evidence that places McGowan and the cocaine together at the same time.

McGowan has maintained her innocence.

Loudoun County Commonwealth’s Attorney Jim Plowman recused himself, because he is represented by Hundley in an ongoing federal civil rights case.

In a Virginia preliminary hearing, after hearing evidence and arguments, the judge will determine whether there is probable cause to believe McGowan committed the crime. If probable cause is found, the case would be sent to a grand jury.

The standard of proof in a preliminary hearing is much lower than in a court trial, with the judge having to determine whether a defendant more likely than not committed a crime, instead of the “beyond a reasonable doubt” standard in a criminal trial.

If McGowan is tried and convicted of the current charge, the statutory maximum penalty is 10 years in prison. 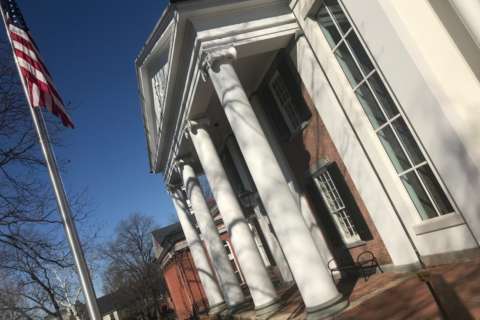