It took hours to extricate the 2 adults and 3 minors inside the struck vehicle, according to Loudoun County Fire and Rescue.
Listen now to WTOP News WTOP.com | Alexa | Google Home | WTOP App | 103.5 FM

WASHINGTON — One person was killed and another four were left in critical condition after a food truck hit a car Friday in Loudoun County, Virginia.

The collision occurred just before 5 p.m. at the intersection of Evergreen Mills and Watson roads. The food truck was traveling east on Watson when it struck an Audi traveling northbound on Evergreen Mills, county sheriff’s officials said.

The driver of the Audi, Erin T. Kaplan, 39, of Ashburn, was pronounced dead shortly after being extricated from the car.

Two adults and three minors were trapped in the car for over three hours, according to the Loudoun County Fire and Rescue Department.

Should you enroll in Equifax’s TrustID Premier after massive data breach? 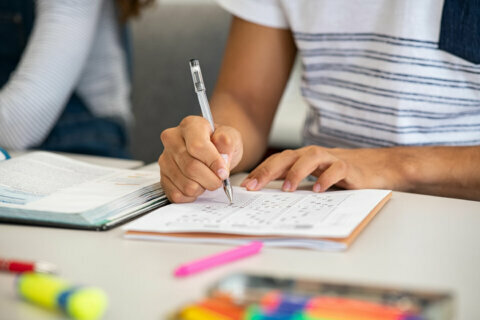