2 hospitalized after stabbing outside Sterling eatery 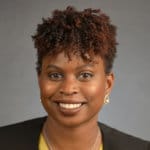 Two men are in the hospital Wednesday morning after being stabbed outside of a restaurant in Sterling, Virginia, officials said.
Listen now to WTOP News WTOP.com | Alexa | Google Home | WTOP App | 103.5 FM

WASHINGTON — Two men were in the hospital Wednesday morning after being stabbed outside of a restaurant in Sterling, Virginia, officials said.

Both victims were taken to the hospital with injuries that are not life threatening, he said.

Police believe their attacker fled in a vehicle.

There’s no indication that the stabbing is connected to the restaurant, Troxell said.

Police initially said the men were found outside a diner that is located in the same shopping center.

Anyone with information can call the Loudoun County Sheriff’s Office Criminal Investigations Division at 703-777-0475.