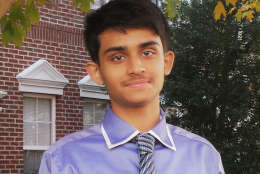 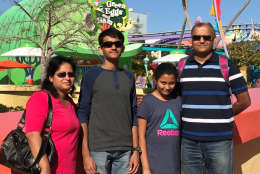 WASHINGTON — An Ashburn, Virginia, teenager has earned a rare distinction —he achieved a perfect score on the ACT test.

“Less than one-tenth of 1 percent of students who take the ACT earn a 36,” said Ed Colby, ACT director of public relations. “It’s a remarkably small group of students who earn that distinction.”

The ACT is the most popular college admissions test in the United States.

“I’m pretty excited about the score,” said Ved Vengsarkar, 16, of Briar Woods High School. “I was really excited, because I knew all my hard work had paid off.”

The high school junior began studying for the test last summer and took it in December. He spent weekdays focusing on practice books, taking practice tests on weekends.

“The key is just to start early before the test day and keep on practicing,” Vengsarkar said.

“I’m a simple information technology person and so is my husband,” she said. “It’s always been him driving himself versus us driving him.”

Ved isn’t sure of his future career just yet, but finds the idea of being a medical researcher or a doctor exciting.

Wherever he ends up, his mom is very proud.

“He’s been a fantastic kid from the beginning,” Trupti said.