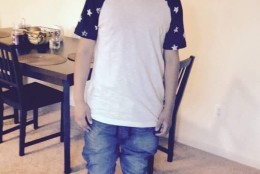 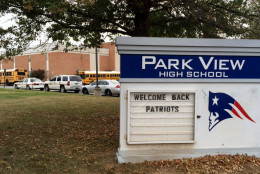 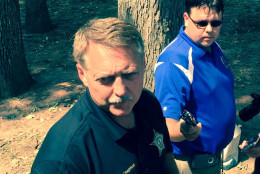 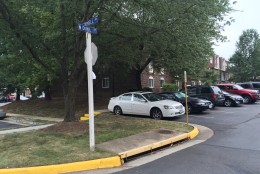 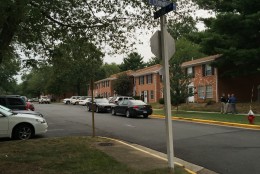 WASHINGTON – Detectives from the Loudoun County Sheriff’s Office announced Saturday morning that they have one juvenile and two adults in custody in connection with the killing of a Sterling high school student Friday morning.

Danny Centeno Miranda, 17, was a student at Park View High School. He was gunned down in a neighborhood not far from the school’s campus, according to police. Schools in the area were subsequently put on “lock out mode” throughout the morning.

At a morning press conference, officials said Centeno Miranda was shot in the back twice. They have arrested a juvenile suspect, 17, and charged him with murder in the second degree and use of a firearm in the commission of a felony. His name cannot be released at this time due to his age.

Police have also arrested two men involved with the shooting who are not U.S. citizens.  Henry Ernesto Dominguez Vasquez, 20, and Juan Moises Aguirre Zelaya, 18, both of Sterling, have been charged with possession of a firearm by a person who is not a citizen of the United States and accessory after the fact.

Meanwhile, the school and Sterling community are dealing with the shock of the violent morning, which took place in the first week of the county’s school year.

Centeno Miranda transferred to the high school in January 2014 and officials believe that he came to the area after leaving El Salvador, says Wayde Byard, spokesman for Loudoun County Public Schools.

The teen wasn’t an active participant in student activities and he wasn’t a troublemaker, says Byard.

“According to the principal, he was an under (the) radar kid,” he says.

Sheriff Mike Chapman says the teen knew his attackers and that the shooting was not a random crime.

Multiple shots were fired about 8:30 a.m. at the corner of East Cornell Drive and North Duke Drive as children waited for the bus, Chapman says.

The area where the shooting occurred is a few blocks off Sterling Boulevard, which is home to multiple county schools. Park View High is just a few-minute drive away.

School officials took extra security precautions including keeping the school locked down throughout the day and additional police patrols at dismissal.

Six other nearby schools were placed on “lockout mode,” which means the exterior doors of the school are locked, but normal school activities continue. It differs from lockdown mode, under which interior doors are locked and students must stay in their classrooms.

Crisis counselors will be on hand all next week to help students, Byard says.

“This is the first time a lot of these students have dealt with death. So you can image emotions are rather high right now,” he says.

WTOP’s Neal Augenstein and Michelle Basch contributed to this report from Sterling, Virginia.

Some Loudoun County parents, residents call for school board, superintendent to resign