Chris Geldart, D.C.’s deputy mayor for public safety and justice, has been charged with assault and battery after allegedly assaulting a man in an Arlington, Virginia, parking lot on Saturday.

The Arlington County Police Department said Geldart is accused of grabbing a man by the throat after an argument in the 3900 block of Wilson Boulevard around 12:25 p.m. Saturday. In a video first obtained by Fox5, Geldart is seen outside a Gold’s Gym in a verbal fight with another man.

“The suspect and male victim became engaged in a verbal dispute after the door of the suspect’s parked vehicle struck the vehicle the victim was entering,” according to a police report.

“The dispute escalated, during which the suspect allegedly grabbed the victim by the throat.”

The incident was reported to police on Monday; Geldart was issued a warrant for assault and battery.

Arlington officials said Geldart turned himself in after being notified of the warrant by phone, and was released on a summons.

In a statement, D.C. Mayor Muriel Bowser’s office said Geldart has been placed on leave while the matter is reviewed.

“We take any accusations seriously,” the mayor’s office said. “Unfortunately, it sounds like something that happens to a lot of people — a dispute over something minor — and we hope it is resolved quickly.”

NBC4 Washington was the first to report this story. 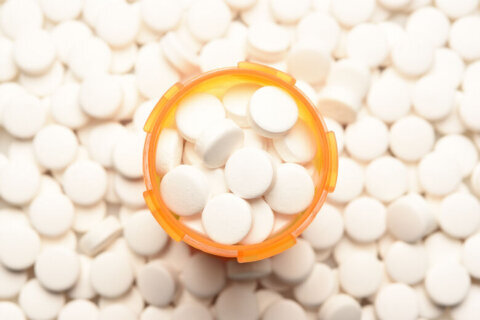 DC-area organizations call for ‘No homicides for the holidays’