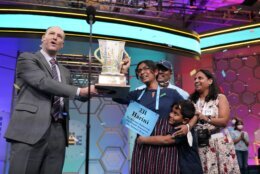 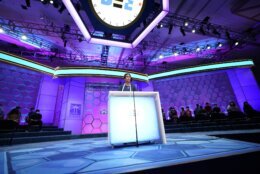 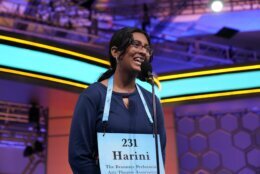 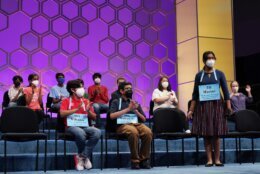 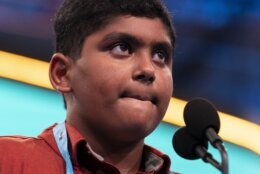 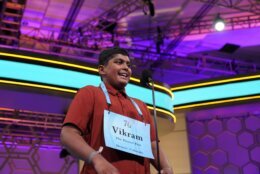 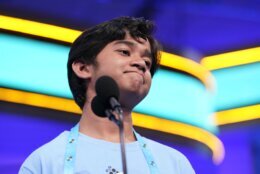 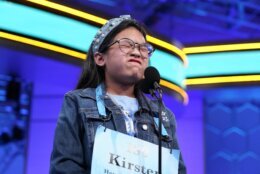 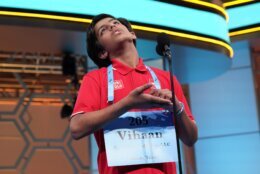 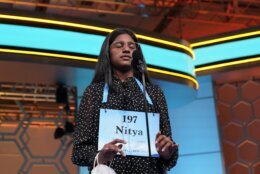 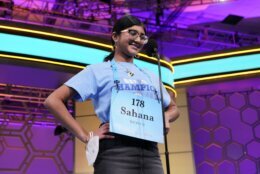 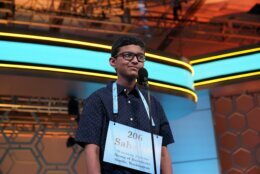 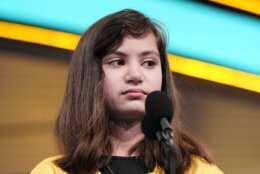 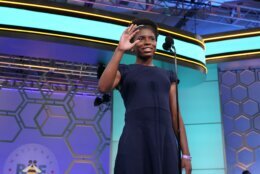 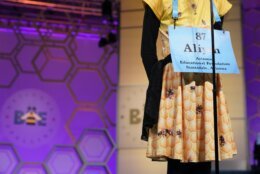 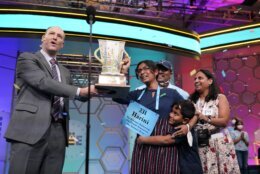 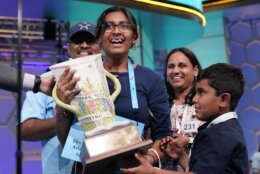 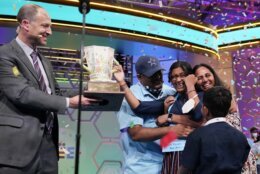 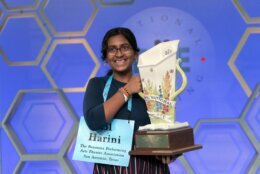 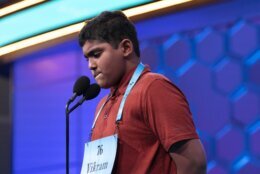 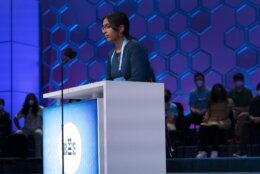 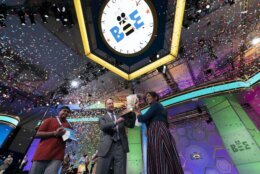 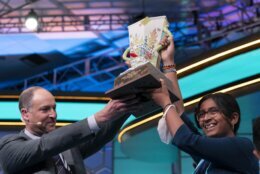 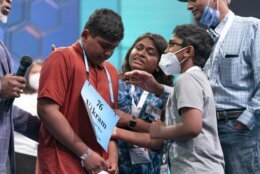 OXON HILL, Md. (AP) — Harini Logan kept trying to learn from her near-misses in online spelling bees. Recognized for years as one of the best spellers in the English language, she had never taken home a national title.

In the biggest bee of them all, she endured a new series of setbacks, but somehow, at the end, she was still there.

Harini was eliminated, then reinstated, during the Scripps National Spelling Bee’s much-debated multiple-choice vocabulary round. She misspelled four times as Scripps’ most challenging words proved too much for her and Vikram Raju, who also got four wrong in the closing stretch. And then she finally took down Vikram in the bee’s first-ever lightning-round tiebreaker on Thursday night.

Call her spelling’s version of “The Revenant.”

“Harini has been to hell and back with her spelling bee experiences,” said her longtime coach, Grace Walters.

The 14-year-old eighth-grader from San Antonio, Texas, who competed in the last fully in-person bee three years ago and endured the pandemic to make it back, spelled 22 words correctly during the 90-second spell-off, beating Vikram by seven. The winning word, according to Scripps, was “moorhen,” which means the female of the red grouse, because that was the one that moved her past Vikram. Judges announced at the bee that Harini’s word total was 21, but she was credited with one more after a later video review.

Over the past couple months, the ever-prepared Harini had practiced for the possibility of a lightning round, a format she found uncomfortable.

“When it got introduced last year, I was a bit terrified, to be honest,” Harini said. “I go slow. That’s my thing. I didn’t know how I would fare in that setting.”

Harini, a crowd favorite for her poise and positivity, wins more than $50,000 in cash and prizes. She is the first-ever Scripps champion to be reinstated during the competition. And that was before her four late stumbles.

“I think it would have been really easy for me to get deterred, to get sort of like, ‘Wow, why am I missing so much?’” Harini said. “Really just focusing on the next word and knowing that I’m still in, I think was just a big relief for me.”

She is the fifth Scripps champion to be coached by Walters, a former speller, fellow Texan and student at Rice University who is considering bowing out of the coaching business. Harini also got help from Navneeth Murali, who handed her one of those runner-ups in the 2020 SpellPundit online bee — a consolation prize for the Scripps bee that was canceled because of the pandemic.

It was Walters and Navneeth who rushed to the bee judges, along with Harini’s mom, Priya, as soon as Harini walked off the stage in the vocabulary round, seemingly her most crushing disappointment of all.

“My heart stopped for a second,” Harini said.

Harini defined the word “pullulation” as the nesting of mating birds. Scripps said the correct answer was the swarming of bees. Her supporters made the case to the judges that she’d gotten it right. A few minutes later, head judge Mary Brooks announced the reversal.

“We did a little sleuthing after you finished, which is what our job is, to make sure we’ve made the right decision,” Brooks said. “We (did) a little deep dive in that word and actually the answer you gave to that word is considered correct, so we’re going to reinstate you.”

From there, Harini breezed into the finals against Vikram. They each spelled two words correctly. Then Scripps brought out the toughest words of the night.

Both misspelled. Then Vikram missed again and Harini got “sereh” right, putting her one word away from the title. The word was “drimys,” and she got it wrong.

Two more rounds, two more misspelled words by each, and Scripps brought out the podium and buzzer for the lightning round that all the finalists had practiced for in the mostly empty ballroom hours earlier.

Harini was faster and sharper throughout, and the judges’ final tally confirmed her victory.

“I knew I just had to blurt off the spelling I could think of off the top of my head, and I just had to be a little faster,” said Vikram, a 12-year-old seventh-grader from Aurora, Colorado, who hopes to return next year.

Vihaan Sibal, a 13-year-old from McGregor, Texas, finished third and also has another year of eligibility. Saharsh Vuppala, a 13-year-old eighth-grader from Bellevue, Washington, was fourth.

The last fully in-person version of the bee had no tiebreaker and ended in an eight-way tie. The bee returned last year in a mostly virtual format, with only 11 finalists gathering in Florida as Zaila Avant-garde became the first Black American champion.

Harini is Indian-American, resuming a trend that’s persisted for two decades — 21 of the past 23 champions have had South Asian heritage.

Another change to this year’s bee: Scripps ended its deal with longtime partner ESPN and produced its own telecast for its networks ION and Bounce, with actor and literacy advocate LeVar Burton as host. The transition was bumpy at times, with long and uneven commercial breaks that broke up the action and audio glitches that exposed the inner workings of the broadcast to the in-person crowd.

The bee itself was leaner, with fewer than half the participants it had in 2019 because of sponsors dropping out and the elimination of a wild-card program. And the addition of live vocabulary questions during the semifinals and finals resulted in surprising eliminations.

Harini bowing out on a vocabulary word was briefly the biggest shock of all.

“In the end, it’s all been worth it,” Walters said. “Every second place. Every ding. Every tear. All of it. This is the ending Harini deserves.”