Sunday marked the first Cherry Blossom Ten Mile Run since 2019 and with it came a local became champion for the first time since 1983, according to race officials.
Listen now to WTOP News WTOP.com | Alexa | Google Home | WTOP App | 103.5 FM
(1/7) 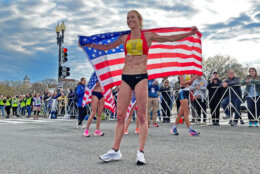 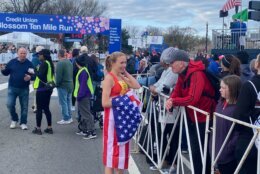 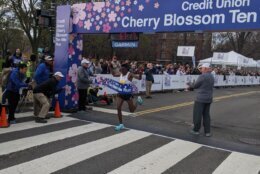 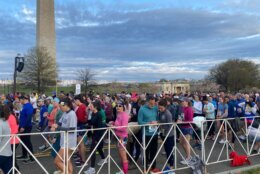 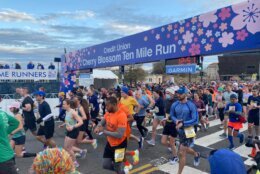 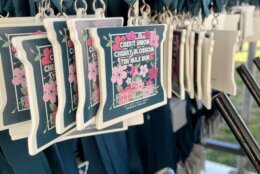 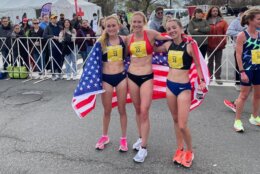 Sunday marked the first Credit Union Cherry Blossom Ten Mile Run since 2019, and with it, a local became champion for the first time since 1983, according to race officials.

“It’s indescribable, I mean, I dreamed of this and it just kind of came together,” Sullivan told WTOP shortly after crossing the finish line. “I felt great coming into the race, training’s been going well, I run these roads every weekend. Crucial. The conditions were perfect. I had close friends and teammates out on the course. So it was just amazing.”

Her official time clocked in at 52 minutes and 32 seconds, making it a personal record for the long distance athlete who is also a fifth grade teacher at Haycock Elementary School in Fairfax County.

“It’s almost a two-minute PR. And that doesn’t happen when you’re 31,” said Sullivan “I feel like I’ve gotten a lot stronger in the last few years. I think the pandemic gave me time to really focus on not racing and building a really strong base. And they’re just doing more strength stuff. And that’s really helped.”

Nicolas Kosimbai of Mill Valley, Kenya, won the elite men’s race and tied the course record with a time of 45 minutes and 15 seconds.

Sullivan and Kosimbai were joined by 17,000 other eager runners on the chilly April morning. The course and weather made for a lot of personal best times for many of the amateur racers.

“I knew I did well, because I had nothing left when I crossed the finish line and I wanted to collapse,” said Alex Crisafulli, who lives in D.C.

He said after two years of virtual runs, it was good to get back to the in-person spring race.

“If you’ve ever run this race, you know it’s super crowded. I think that actually saved me because it prevented me from starting off too fast,” said Crisafulli.

“The course is fantastic, as it always is. The weather, whatever they did to get the weather today, I hope they keep doing it. It was great, and the crowd out there was great. The crowds were really motivating,” Pickett told WTOP.

The Credit Union Cherry Blossom Ten Mile Run and 5K Run-Walk also serves as a fundraiser for Children’s Miracle Network Hospitals. This year, runners raised around $323,000 for the hospital network.