D.C. paid $91 million between 2010 and 2020 to settle cases in which D.C. police officers were accused of multiple things, such as false arrest and excessive force. Some simple police reforms could have saved D.C. from ranking among the nation's highest payers, according to the head of the D.C. Office of Police Complaints.
Listen now to WTOP News WTOP.com | Alexa | Google Home | WTOP App | 103.5 FM

Some simple police reforms could have saved D.C. from ranking among the highest payers in the nation to settle claims over allegations of police misconduct, according to the head of the D.C. Office of Police Complaints.

A Washington Post investigation found that the District paid $91 million between 2010 and 2020 to settle cases in which D.C. police officers were accused of multiple things, such as false arrest and excessive force.

The Post analysis said the payouts are the fifth highest among the nation’s 25 biggest police departments. Lastly, the report added that 8% of those payouts were made to settle cases by officers accused in multiple cases.

In a Wednesday letter to D.C. Police Chief Robert Contee, the executive director of the D.C. Office of Police Complaints Michael Tobin said the police complaint board recommended three years ago that the department systematically review lawsuit data to improve policing and also recommended that reports on lawsuits and their costs be made public to increase transparency.

Dustin Sternbeck, spokesman for D.C. police, told The Washington Post every civil claim is reviewed and if an investigation reveals that misconduct occurred, appropriate employment actions are taken.

Other area police departments cited in the analysis are Prince George’s County in Maryland and Fairfax County in Virginia.

Prince George’s County paid $54 million over a 10-year period to settle cases of alleged misconduct by police and 13% of it by officers named in multiple payments, according to the data.

WTOP reached out to the Prince George’s County Police Department for comment.

Fairfax County paid $6 million in payments to settle cases over the same time period, in which police were accused of misconduct, 15% of that was to settle cases by officers named in multiple cases.

Anthony Guglielmi, spokesman for the Fairfax County Police Department, said that legal settlements are made by the county attorney.

“Every legal settlement generates an independent internal affairs investigation to see if there was any misconducted associated,” Guglielmi said. “When these settlements are associated with discipline, those cases are investigated and sent over to the civilian review panel and the Police Auditor for independent review.” 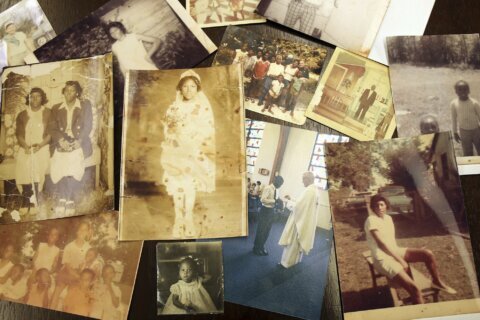