Cyndee Hayden lost everything in a house fire in Philadelphia nearly 30 years ago.

Her saving grace: her insurance.

Today, she lives on a peninsula in Florida and isn’t naïve to think that a storm could blow her life away once again.

Ms. Hayden has become a passionate advocate for equitable and affordable insurance — to help people avoid financial ruin in a disastrous event — and is now the incoming vice chair of insurance for the National Association of REALTORS.

She said that Risk Rating 2.0, the new pricing methodology for the National Flood Insurance Program, run by the Federal Emergency Management Agency, will finally cap the price of flood insurance for NFIP customers. In addition, it will only increase by 18% a year until that cap is reached.

“The old system had no mechanism to stop. It always went up, no matter what, for everybody,” she said. “The proportion of the value of the house and the insurance are now equal under the new system, … but in that process, we need to let people know that there is a calm way to make those decisions about whether they can handle the incremental increases if their insurance is going up.”

“We’re not hearing complaints from Realtors about deals blowing up,” she said. “I actually think we’re seeing an uptick in homes that need flood insurance in those special flood hazards that are lower priced, because they’re getting a discount.”

A 2011 study from the University of Delaware reported that more than 331 square miles — or 17% of Delaware’s landmass — lie within a mapped 100-year floodplain. The distribution of floodplains in the three Delaware counties is similar: 16% in New Castle and Kent County and 18% in Sussex County. But homes in those floodplains are generally required to be elevated above the base flood elevation.

The Environmental Protection Agency says that changing sea levels contribute to coastal flooding and make coastal infrastructure more vulnerable to damage from storms. But Ms. Hayden said that the sturdier a home is built, the lower the cost of insurance will be. More people may even start committing to mitigation and resiliency home improvements based on the return.

Michael Dominguez, a Realtor with Jack Lingo in Delaware, said the state’s coastal real estate market has actually skyrocketed since the pandemic began, since many people can now work from home. Delaware’s central location between many East Coast states makes it a popular spot to settle, he said, and interest rates and crime are low here. Also, it’s one of only five states in the country without sales tax.

“People that want beachfront property know the risk they are taking, and they’re willing to pay the risk,” Mr. Dominguez said. “Let’s face it, if you can afford a (multimillion)-dollar beachfront home, you can afford the coverage.”

He said there are always risks that come with living by the water, and he tries to resolve those issues before clients even start looking at properties — educating them on the fees that come with risk. He also added that since federal insurance only covers claims up to $250,000, many beach homebuyers will purchase additional private insurance.

“Delaware is basically a peninsula,” Mr. Dominguez said. “A lot of people think, ‘The further away I am from the beach, the less chance of flooding,’ which is not the case. A lot of these little towns, especially around bridges and canals, flood, and when you get a nor’easter or a hurricane, then you have to worry about flood insurance.”

Builders are taking those worries to heart.

“We’re making sure our foundations and crawl space floors are above that flood level of eight or nine, whereas the groundwater is zero,” said Brian Lessard, CEO of Lessard Builders Inc., which builds custom homes in Lewes and Rehoboth. “Builders have much more focus today about flood elevations when we’re along the coastline, and based on that, we are designing the utilities of a house, such as furnaces and air conditioners, to make sure that is up to a higher elevation.”

Mr. Lessard said that newer homes aren’t the ones at most risk in coastal communities, since they’re built to withstand extreme weather conditions. Homes built without elevated foundations, nonabsorbent siding and other weather-resistant materials and designs are the real challenge. Additionally, homes that have been built farther inland in areas that are becoming more susceptible to increasing extreme weather may need to be rebuilt or renovated.

“Whether you believe in climate change or not, the focus today is to make houses more energy-efficient and weather-resistant,” Mr. Lessard said. “So we’re not really dealing with flood issues but dealing with building homes that stand up to a much longer life.”

“No one could have known, and all of a sudden, people that bought flood insurance for $2,000, they were now being told, ‘It’s now $14,000, and you need to send a check, and we don’t escrow it,’” Ms. Hayden said. “And they were basically just foreclosed on.”

She added that FEMA’s biggest expense is the homes that get hit over and over. Ultimately, homes that have repetitive issues will either be mitigated, or the risk will have to be self-funded. 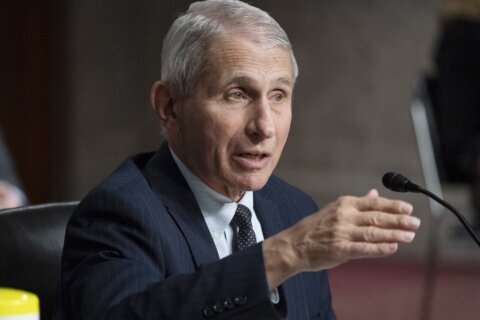