MINNEAPOLIS (AP) — Strolling his church’s rooftop among 630 solar panels, Bishop Richard Howell Jr. acknowledged climate change isn’t the most pressing concern for his predominantly Black congregation — even though it disproportionately harms people of color and the poor.

Yet his Shiloh Temple International Ministries in north Minneapolis welcomed the opportunity to become one of many “community solar” providers popping up around the U.S. amid surging demand for renewable energy.

Larger than home rooftop systems but smaller than utility-scale complexes, they’re located atop buildings, or on abandoned factory grounds and farms. Individuals or companies subscribe to portions of energy sent to the grid and get credits that reduce their electricity bills.

The model attracts people who can’t afford rooftop installations or live where solar is not accessible, such as renters and owners of dwellings without direct sunlight.

Nearly 1.600 community solar projects, or “gardens,” are operating nationwide, according to the National Renewable Energy Laboratory in Golden, Colorado. Most are in Minnesota, Massachusetts, New York and Colorado, although 41 states and Washington, D.C., have at least one. Florida has relatively few but they’re big enough to make the state a leading producer.

Together they generate roughly 3.4 gigawatts — enough for about 650,000 homes — or roughly 3% of the nation’s solar output. But more than 4.3 gigawatts are expected to go online within five years, says the Solar Energy Industries Association.

“We can have a cheaper, cleaner and more equitable system for everyone if we build smaller, local resources,” said Jeff Cramer, executive director of the Coalition for Community Solar Access, a trade group.

Yet it’s unclear how big a role community solar will play in the U.S. transition from fossil fuels to renewables.

The Biden administration is continuing a $15 million Energy Department initiative begun in 2019 to support its growth, particularly in low- and moderate-income neighborhoods. The department announced a goal in October of powering the equivalent of 5 million households with community solar by 2025, saving consumers $1 billion.

But power regulation happens at the state level, where interest groups are fighting over what defines community solar and who should generate it.

The Solar Energy Industries Association says the label should apply only where private developers and nonprofit cooperatives, not just utilities, can operate solar gardens and send power to the grid. The association says 19 states and Washington, D.C., have such policies.

Utilities say having too many players could unravel regulatory structures that assure reliable electric service. They warn of disasters such as last winter’s deadly blackout in Texas.

Community solar took off in Minnesota after lawmakers in 2013 required Xcel Energy, the state’s largest utility, to establish a program open to other developers. It has more than 400 gardens — tops in the U.S. — with nearly 500 applications pending.

Keith Dent and Noy Koumalasy, who are married, say subscribing to the Shiloh Temple garden has lowered their bills an average of $98 per year.

Xcel, which is required to buy the gardens’ electricity, says the state formula for valuing solar energy makes it too expensive. The costs, spread among all the utility’s customers, essentially force non-subscribers to subsidize community solar, spokesman Matthew Lindstrom said.

Among Cooperative Energy Futures gardens are 3,760 panels on a parking deck overlooking the Twins’ baseball stadium and a collection on a farm near Faribault, 50 miles (80 kilometers) south of Minneapolis.

Although conflicted about taking six acres out of production, farmer Gerald Bauer supports the climate cause and says lease payments of $1,200 per acre make community solar a financial winner.

“Farming doesn’t even come close to the revenue that the solar generates,” he said, walking through rows of panels framed by fields of corn.

A cooperative project for a municipal roof in nearby Eden Prairie has twice as many would-be subscribers as panels.

”There are people in the community who want to support clean energy any way they can,” said Jennifer Hassebroek, sustainability coordinator for the suburban city.

But community solar developers are hitting a roadblock: Under state law, residents and businesses can subscribe to facilities only in their county or an adjacent one.

That means the heavily populated Twin Cites have many potential subscribers but are short of space for gardens. Rural areas have plenty of room but fewer buyers for the energy.

“Instead of spreading across the state, we’re going to concentrate on those counties that are adjacent to the subscription demand,” said Reed Richerson, chief operating officer of Minneapolis-based U.S. Solar Corp., which builds solar projects in half a dozen states.

Community solar is billed as making renewable energy more available to households, especially needy ones. Yet businesses and public entities with sustainability goals, such as schools and city halls, subscribe to most of the power.

Some states are trying to change that.

New Mexico requires at least 30% of each community solar project’s subscribers to be low-income. Colorado, Maryland, New Jersey and Oregon reserve portions of energy for low- and moderate-income residents. New York provides financial incentives for developers to recruit them.

Community solar is struggling in states without established systems.

Michigan has about a dozen projects, although Consumers Energy this summer opened a 1,752-panel garden on abandoned factory grounds in Cadillac.

Hoitenga says it would boost freedom and the economy without raising taxes. Hood emphasizes climate benefits and equal access to renewable energy.

But their bills are opposed by Consumers Energy and DTE Energy, the state’s two biggest utilities. They would cause “overproduction of energy … and ultimately higher rates,” said DTE Energy spokesman Pete Ternes.

Prospects are brighter in states friendly to non-utility developers such as New Jersey, Maine and Illinois, said Rachel Goldstein of the consulting firm Wood Mackenzie.

She forecasts a 140% nationwide jump in production capacity by 2026, although growth could hinge on lifting barriers such as project size limits.

“It’s not realistic to say we’re going to solve the climate crisis with this and everyone’s going to be a millionaire,” said Timothy DenHerder-Thomas, general manager of Cooperative Energy Futures. “But we can say you’re going to have a better life, more affordable and cleaner.” 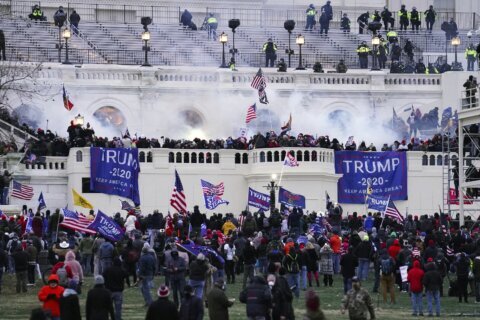 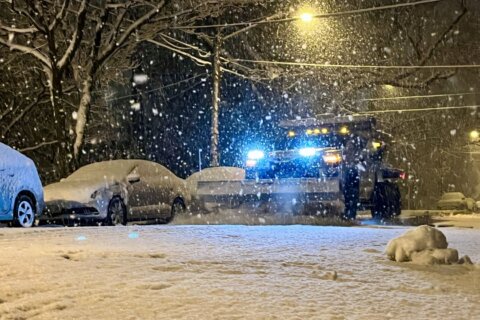