Law enforcement groups teamed up with faith-based organizations nationwide to plan an event next month that will focus on cutting down tensions and improving trust between communities and police officers.
Listen now to WTOP News WTOP.com | Alexa | Google Home | WTOP App | 103.5 FM

Law enforcement groups have teamed up with faith-based organizations nationwide to plan an event next month focused on cutting down tensions and improving trust between communities and police officers.

The event, called National Faith & Blue Weekend, is scheduled for Oct. 9 through Oct. 11.

It includes multiple organizations from the D.C. area.

“Never before in history have all of the national law enforcement organizations come together for a massive community outreach project,” said Rev. Markel Hutchins, one of the lead organizers.

“This effort is based on the premise that strong communities are built on mutual respect, trust and understanding,” he said. 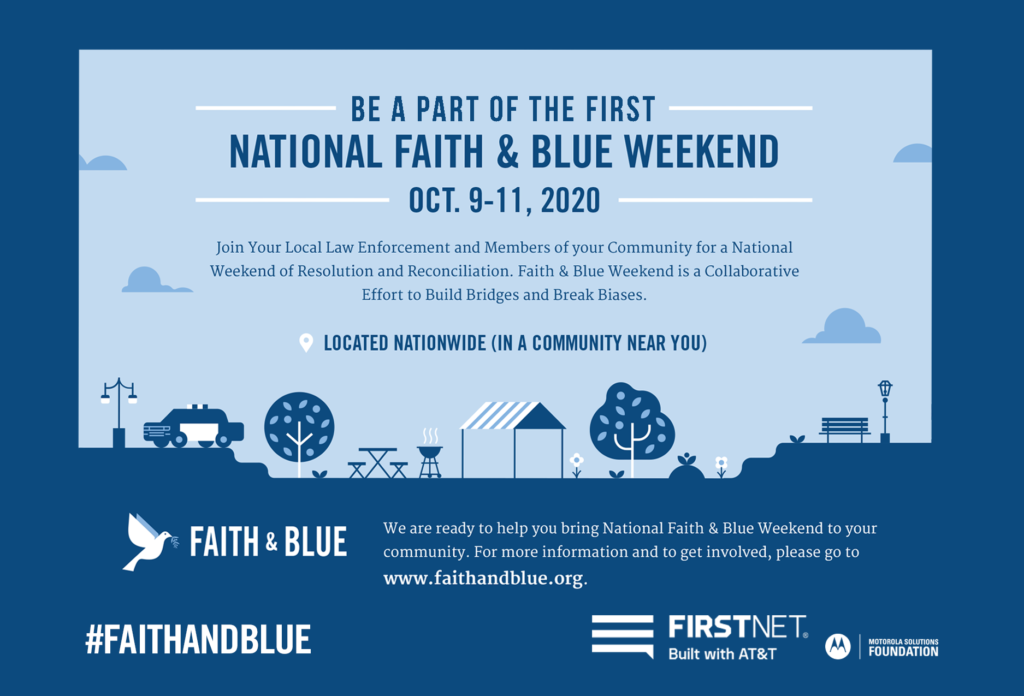 The plan is to help recalibrate police-community relations through activities including town halls, marches, picnics, athletic events and vigils.

Activities will be organized between local faith-based organizations and law enforcement officials.

“It is an opportunity to build bridges between people and police,” Hutchins said. “Faith-based organizations have unmatched influence in their local neighborhoods and should be used as a resource to build bridges.”

Some of the major law enforcement groups participating include the Fraternal Order of Police, the Major County Sheriffs of America and the International Association of Chiefs of Police.

Mass protests against racial injustice and police violence have flared up across the country since May when George Floyd was killed in police custody in Minneapolis, Minnesota.

Federal officials have arrested more than 300 people since demonstrations began.

Scenes of deadly violence cropped up around some of the protests, including in Kenosha, Wisconsin, where police shot Jacob Blake, a Black man, seven times last month, leaving him paralyzed from the waist down.

A gunman is charged with homicide in the shooting deaths of two protesters in Kenosha, and an anti-fascist shot and killed a right-wing protester in Portland, Oregon, and was later killed during his arrest by law enforcement.

Federal police reform stalled on Capitol Hill after an initial burst of momentum.

Nationwide, since late May, there have been at least 450 pieces of policing reform proposals introduced in 31 states, according to a count by the National Conference of State Legislatures.