Holidays: 'Enchant' shines with millions of lights in Nats Park | Where to see holiday lights | Send in photos of decorations | How to give greener this season
Home » Local News » Ghaisar family demands answers… 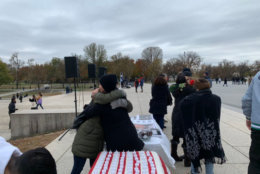 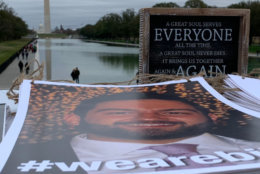 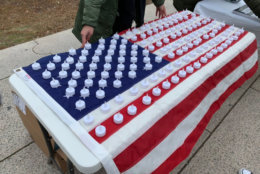 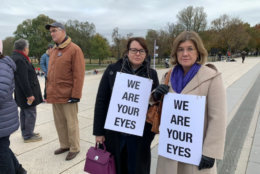 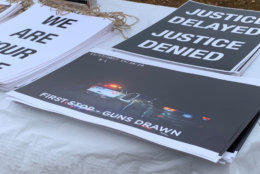 Demands for justice and police transparency rang out between the Lincoln Memorial and Reflecting Pool Sunday afternoon, exactly two years after 25-year-old Bijan Ghaisar of McLean, Virginia, was fatally wounded during a traffic stop after a fender bender and chase along the GW Parkway.

After the U.S. Justice Department announced it would not pursue federal civil rights charges against the two Park Police officers involved in the shooting, Ghaisar’s family received a letter saying an investigation could not conclusively determine whether the officers involved used unreasonable force.

But family members and lawmakers from Virginia and D.C. still want answers — including on what led the officers to open fire on Ghaisar.

“This is not over,” said Negeen Ghaisar, Bijan’s sister. “We are just getting started.”

Her husband and other speakers reflected that refrain throughout Sunday’s rally amid cheers and statements punctuated with the sound of bucket drums.

Bijan Ghaisar was shot several times by two U.S. Park Police officers during a traffic stop and a chase after a Nov. 2017 fender-bender.

“We are enraged, but not surprised,” said Kouros Emami, Bijan’s brother-in-law, reacting to the decision.

“Virginia can still charge them with murder. The Park Police can still fire them,” Negeen said to the crowd.

Several federal and state lawmakers attended the rally in support of the family, including D.C. Del. Eleanor Holmes-Norton, Virginia Reps. Don Beyer and Jennifer Wexton and State Senator Scott Surovell who told the gathering he lives two blocks from where Ghaisar was gunned down.

“My neighborhood is terrified. I represent 50,000 people who live along the Potomac River, and when they see the U.S. Park Police, they’re not comforted, they’re terrified,” he said. “It took two years to give no answer.”

“I just want you to think for a second, if it was Officer Vinyard or Amaya that got shot, either one of them that got shot, not even killed, just shot that night, would it take two years to get them justice?” Surovell asked. He was met with resounding shouts of “no” rippling through the crowd.

Wexton is part of a trio of federal lawmakers that sent a letter calling on the U.S. Park Police to begin an internal investigation into Ghaisar’s death.

“It’s clear that they are not providing any information and I think that the family and the American people deserve and need this information,” Wexton told WTOP after the rally.

Wexton, Beyer and Holmes-Norton are asking for a written response by Dec. 5 addressing whether the requested investigation will proceed, when it’s expected to conclude, how wide a scope it’ll cover, and what the duty status of the officers will be during the investigation.

Kelly Ghaisar, Bijan’s mother read part of the letter that explained the Justice Department’s reasons for not charging the officers, followed by her interpretation of Thursday’s news:

“They cannot prosecute because they are immune to kill you with no explanation whatsoever.”