A boil water advisory continues across Arlington County, Virginia, and parts of Northwest D.C. after a water main break that closed down Chain Bridge for several hours.
(1/6) 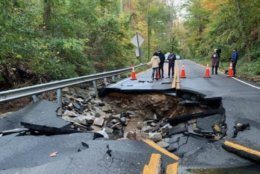 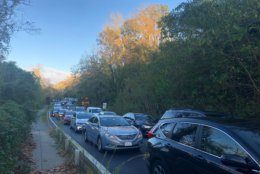 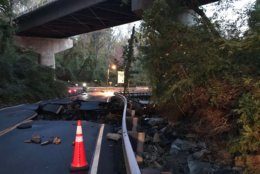 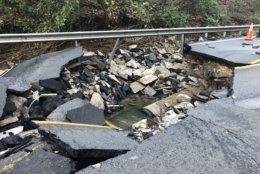 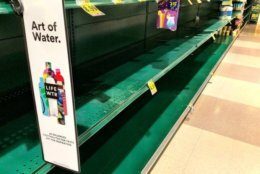 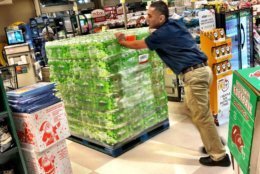 Here’s a look at some key details and the impact:

“We know it’s a big inconvenience to everyone, but we’ve brought the pressure back up and now we’re in testing mode,” said Greg Emanuel, director of the Arlington County Department of Environmental Service.

He said that the water will be tested multiple times to make sure that there’s no harmful bacteria lingering in it. The risk is fairly low, he said, and these are the standard protocols that have to be done to make sure the water is safe to use.

“We’re going to go through a series of testing probably this weekend, and then we will lift the boil water (advisory) as soon as we can, but we won’t lift it until it’s safe,” Emanuel said.

Customers in the area of the highlighted map of Arlington (below) should bring water to a boil for three minutes, then allow to cool before drinking, brushing teeth, washing fruits and vegetables, preparing baby food and formula, making ice and giving to pets.

For more information on what to do during the boil water advisory, go to Arlington County’s website.

In D.C., the work that crews will do all weekend includes two days of testing, said DC Water spokesman Vincent Morris.

“The guidance we got from the [Environmental Protection Agency] is we should issue an alert and do two days of tests before we give the all clear,” Morris said.

The area of D.C. under the boil water advisory is west of Rock Creek Park in the Fort Reno area and along Wisconsin Avenue.

DC Water said residents should boil their water for at least a minute before use until further notice.

For more information on what to do during the boil water advisory, go to DC Water’s website.

See map of the affected D.C. area below.

Many in Arlington County and D.C. were left without water between 3 a.m. to 4 a.m. on Friday, following a water main break that was located directly under the George Washington Parkway near the intersection of Glebe Road and Va. 123.

The 36-inch wide water main is about three times bigger than most neighborhood water mains, which are about 8 to 12 inches, Arlington County Department of Environmental Services spokesman Peter Golkin told WTOP

“This is one of the key points that feeds the system,” Golkin said.

Crews stabilized the break and restored the pressure to Arlington County water lines between 6 a.m. to 6:30 a.m., Emanuel said.

However, the loss in water pressure triggered a boil water advisory for much of eastern Arlington — excluding Crystal City — as well as a stretch of upper Northwest D.C.

Morris said the broken pipe in Arlington caused a “domino effect” of weak pressure for some D.C. customers.

“We get our water from the Washington aqueduct. Its intake is at Great Falls. It’s treated at the aqueduct, distributed throughout the city and goes down in MacArthur Boulevard, crosses the bridge to Virginia. So, if there’s a problem in that line, it affects D.C. customers,” Morris said.

When Arlington had a drop in pressure because of the break in the line, the D.C. system was trying to compensate for that vacuum, with water rushing out from D.C. pipes into Arlington’s system.

“Water will always seek out where there’s a vacuum, and water rushes out in that direction,” Morris said. “So, our customers in upper Northwest at higher elevations all of a sudden lost pressure.”

There is no indication that water was contaminated in the incident but the loss of pressure could have made it possible for bacteria to enter the water, officials said.

“It’s not a high risk; we do this as a precaution. It’s very unlikely that anyone would ever get sick. We do this just in case, at the guidance and recommendation of the EPA,” Morris said.

Impact on businesses and residents

The water issues had an impact on businesses and residents in the area.

Local restaurants had to adjust to deal with the boil water advisory. Silver Diner in Clarendon told WTOP on Friday that they are still open and using bottled water to cook and serve.

At a Starbucks cafe along Wisconsin Avenue in Northwest D.C., staff notified customers Friday that they were not serving water-based or iced beverages because of the boil water advisory.

Shelves in many grocery stores in both Arlington and Northwest D.C. were swept clear of bottled water. However, by Saturday morning, WTOP’s Neal Augenstein had seen the stores already re-stocking their supplies.

Ahhhh. Palettes of water are arriving at grocery stores affected by water main break in Arlington. Boil water advisory continues in much of Arlington, part of NW DC. Some shelves of bottled water were emptied Friday. https://t.co/AifB6zK5i1 pic.twitter.com/WknILbgXGq

Arlington County Public Schools were closed Friday. Several schools in D.C. are located in the boil-water zone but remained open.

In addition, several D.C. recreation centers that are in the boil-water zone will remain open with bottled water, the Department of Parks and Recreation announced.

However, the Wilson Aquatic Center is closed until further notice.

Chain Bridge reopened around 9:40 a.m. Friday, but Glebe Road is still blocked between Va. 123 and Military Road as of Saturday morning.

Even with Chain Bridge and Va. 123 open, there were not many ways to get into north Arlington. Delays and volume were seen Friday night at the Key Bridge, Whitehurst Freeway and Canal Road.

Listen online or on 103.5 FM for updates on the 8s for the latest traffic updates and alternate route information. 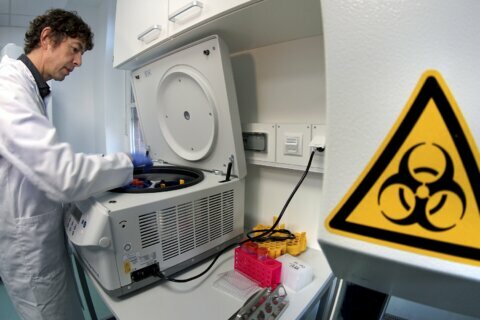