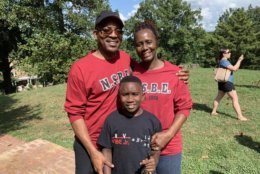 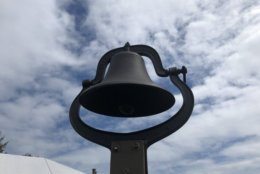 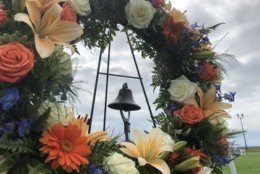 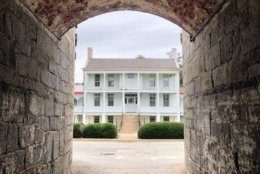 Ceremonies commemorating the arrival of the first enslaved Africans to Point Comfort, Virginia, 400 years ago have commenced around the region and the country as a whole.

It is believed that 20 or so Africans arrived to the shores of the English-occupied colony of Virginia on or around August 25, 1619.

The landing of the first Africans four centuries ago is being commemorated as a key segment in this nation’s complicated history.

At 3 p.m. Sunday, there were plans to ring bells at National Park Service locations as well as churches across the country.

The Washington National Cathedral also commemorated this arrival with a service and plans to toll the Bourdoun funeral bell, which is the same bell that rang nine times in 2015 — one for each parishioner killed in a hate-motivated mass shooting during a church bible study in Charleston, South Carolina.

The National Park Service also rang bells for four minutes at different sites across the nation — including the Frederick Douglass National Historic Site in the Anacostia neighborhood of D.C., which is where formerly enslaved abolitionist Frederick Douglass spent his final years.

Some who gathered outside the home didn’t know about Sunday’s ceremony beforehand, but took it all in.

“I think it’s great, and I was looking forward to reading more about it. I’m glad that we kind of stumbled upon this,” said Shelby Boxenbaum, who is learning more about the significance of 1619 in American history.

“We brought our 8-year-old son so he can learn about 1619. I was just explaining to him the significance of 1619,” said David Curtis, who attended with his wife and son. Curtis paused to encourage his son; “Ring your bell, Solomon, ring your bell.”

For others, the ceremony was an extension of church.

“That was what the service was about [the commemoration]. We sang freedom songs, and preached about it and everything,” said Father Ray East who pastors St. Teresa of Avila church in Southeast, about a block or so from the Frederick Douglass National Historic Site.

After listening to talks about this weekend commemoration, he said their congregation is planning to engage in advocacy work to lift up the community where they’re located in Anacostia.

At Frederick Douglass’ home in Southeast DC…Preparing to ring bells to mark 400 years since the arrival of the first enslaved Africans to the English-occupied Virginia colony…to lands that would eventually become the United States of America @WTOP @NatlParkService @GoParks pic.twitter.com/slBp4ap9bL

“That’s what we’re going to do — advocacy, action a lot of things in the neighborhood to take … the shackles off,” East said.

According to East, the shackles some people grapple with include “alcoholism, drug addiction … the shackle of violence … and that kind of poverty — grinding poverty — that makes people lose hope.”

Reflection and sharing were also themes among those who spoke with WTOP on Sunday afternoon.

“I look at every opportunity to talk to our young people about the giants on whose shoulders they stand — that all this stuff is not free. It was earned with blood, sweat and tears over at least 400 years,” said Michael Freeman who was born in Alexandria but reared in the district.

“They were having the bell ringing all over the city,” said Karen, who grew up in Philadelphia — home of the Liberty Bell. “I have a cousin who lives over in Northwest, so I sent him to the Carter G. Woodson House, and I came here.”

Karen, who did not provide a surname, said they planned to discuss their different experiences and reflections afterward. 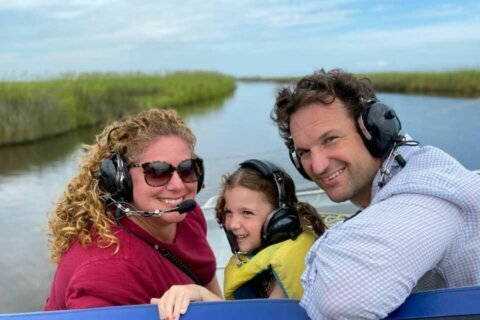