2 tractor-trailers collide, catch fire on I-95 near BWI 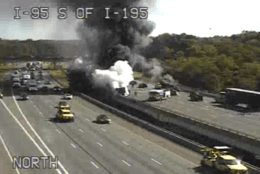 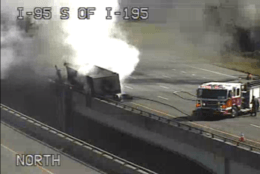 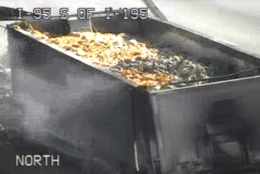 Traffic on northbound Interstate 95 in Arbutus near Baltimore-Washington International Airport was snarled for hours Friday morning after two tractor-trailers collided and one caught fire, according to Maryland authorities.

They say one tractor-trailer, loaded with pineapples, was forced into the Jersey wall near Exit 47 when it caught on fire.

And that fire has burned a hole through the bridge there.

The driver suffered minor injuries and was taken to Bayview Hospital in Baltimore.

There was no word of injuries to the second driver.