Pair of Potomac River dolphins flipping out over new names

You probably wouldn't want to go through life being called D1 or D2, and now two dolphins in the Potomac River don't have to, either.

You probably wouldn’t want to go through life being called D1 or D2, and now two dolphins in the Potomac River don’t have to, either.

The two dolphins are henceforth known as Mac and Chessie, thanks to the results of a naming contest run by the Potomac Conservancy and the Potomac-Chesapeake Dolphin Project.

The names, of course, refer to the Potomac River and the Chesapeake Bay, and the direct approach was the clear favorite among voters, garnering 27% of the more than 1,400 votes, and easily outpacing second-place Cherry and Blossom, which got 16%, the conservancy said in a statement.

The contest was opened last month with public nominations; the two groups then picked the 10 finalists and put them up for the public vote, which closed June 14.

There are more dolphins in the Potomac than you might think — the conservancy said more than 1,000 have been sighted in the Potomac and the Chesapeake Bay, and they’ve started to have babies.

And, while they’re not exactly frolicking behind the Lincoln Memorial — Mac and Chessie are around the mouth of the river — as humanity cleans up its act (and the waters of the Potomac), they have occasionally been seen as far north as the Harry Nice Bridge.

In the 1880s, the conservancy said dolphins were living up around Alexandria, Virginia. 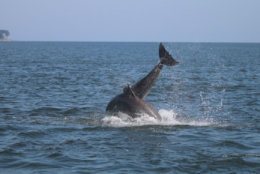 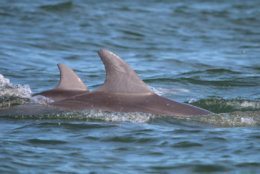 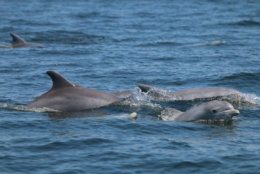 Previous statements from the conservancy have included dolphin-related puns, and Friday’s related the news that the pair were “dolphin-ately in love with their new names.”

You can find out more about the dolphins, and about what the other naming possibilities referred to, on the conservancy’s website. 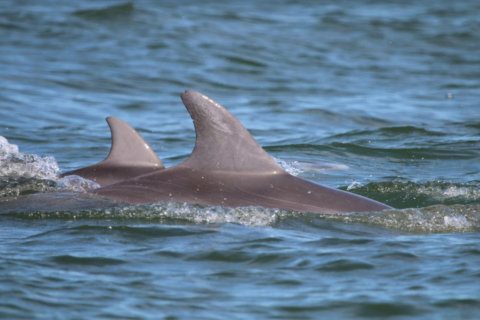