VIDEO: Meet the T. rex cousin who you could literally look down on

Scientists have identified a new cousin of the T. rex as a dinosaur that only reached the 3-foot height of a toddler.
Listen now to WTOP News WTOP.com | Alexa | Google Home | WTOP App | 103.5 FM

WASHINGTON (AP) — History’s most frightening dinosaur, the Tyrannosaurus rex, came from a long line of pipsqueaks.

Scientists have identified a new cousin of the T. rex as a dinosaur that only reached the 3-foot height of a toddler. If it stretched its duck-billed head, an adult human maybe “would be looking at it in the eye,” said Sterling Nesbitt, a paleontologist at Virginia Tech, who discovered the dinosaur.

Nesbitt found a set of its bones in 1998 when he was 16, while serving as a volunteer on a dig in New Mexico with a famed paleontologist. But for about two decades, scientists weren’t certain what it was, until other small cousins of T. rex were discovered.

“The small group of tyrannosauroid dinosaurs would give rise to some of the biggest predators that we’ve ever seen,” said Nesbitt, lead author of a study in Monday’s journal Nature Ecology and Evolution .

The new dinosaur is called Suskityrannus hazelae, named after the Zuni word for coyote. It dates back 92 million years, about 20 million years before the T. rex stomped the Earth.

The newly discovered cousin — which was three times longer than it was tall — weighed between 45 and 90 pounds, almost nothing compared to the nine-ton king of the dinosaurs. 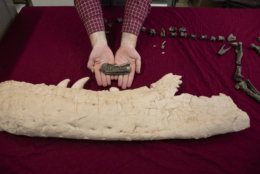 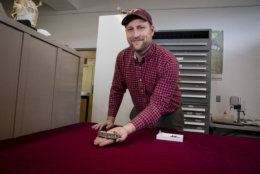 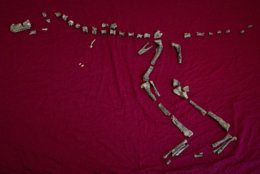 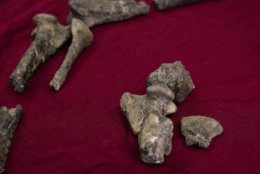 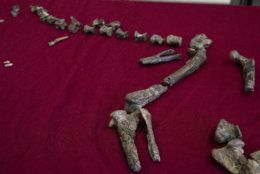 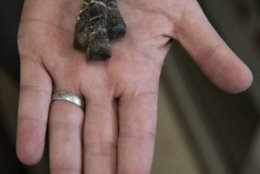 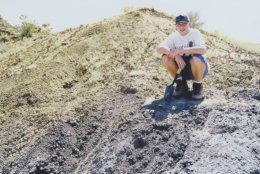 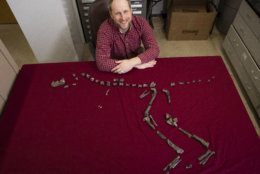 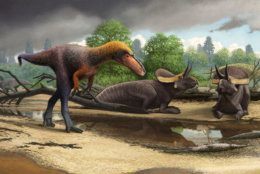 Share on Facebook. Share on Twitter. Share via email. Print.
Suskityrannus hazalae isn’t the first or even smallest of the Tyrannosaurus family tree, but Nesbitt said it provides the best example of how this family of modest-sized dinosaurs evolved into the towering horror of movies, television shows and nightmares.

Smithsonian Institution paleobiologist Hans Sues, who wasn’t part of the study, said it was an important find. “Suskityrannus is the first really good record of the early tyrannosaurs in North America,” he wrote in an email.

It is unclear why these carnivores, which weren’t particularly big compared with other dinosaurs alive at that time, later evolved to be so enormous.

Nesbitt said the newly discovered species is probably among the last of the little guys. It was bigger than earlier tyrannosauroids and had big feet needed for speed — something the T. rex lost.