Judge halts Board of Education’s attempt to condemn Rockwool land in W.Va.

A federal judge has ruled that Jefferson County, West Virginia’s Board of Education can’t move forward — for now — in trying to purchase or condemn the land upon which the controversial Rockwool insulation factory is being built in the city of Ranson.

Groh also granted Rockwool’s motion for an injunction to pause the board’s attempt to seize the land.

On April 9, the board had notified the Danish-based company it had long-standing plans to build the center.

Shortly after Rockwool filed suit against the Board of Education in federal court, the board filed suit in state court, beginning the land condemnation process. Groh’s ruling stops the board’s state case from moving forward.

During the hearings, Jefferson County Schools Superintendent Bondy Gibson and Board of Education President Kathryn Skinner had testified that the Rockwool location was the only viable one for the special education center.

Peter Regenberg, Rockwool’s vice president of operations in the U.S., said the Board of Education’s offer to buy 194 acres of its property for approximately $1.4 million was far below the $2.3 million spent to purchase the land — and the additional $47 million spent thus far on permitting and construction.

Since June, factory opponents in Jefferson County and neighboring Loudoun County, Virginia, have expressed concern that the plant — which would melt basalt rock into molten lava, to be spun into insulation fibers — would generate air, water and sound pollution.

Rockwool has consistently said its plant would have no negative effects on neighbors’ health or on the environment, citing its existing plant in Mississippi and 45 other plants around the world.

Now that its temporary injunction has been granted, in the coming months Rockwool will gather evidence to seek a permanent injunction, in an effort to prove the board’s attempt to seize its land is based solely on its desire to stop the factory from being built. 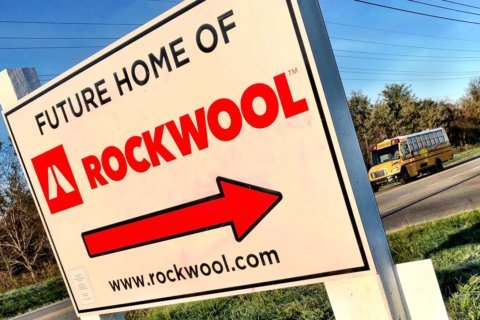 Pro-Rockwool robocalls oppose ‘radical’ lawsuit, give out home number of board of education member 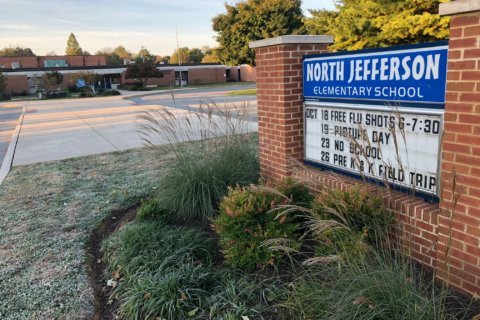