A Marine with roots in the D.C. area, who followed in his father's footsteps in becoming a firefighter, has been identified as one of three American troops killed in a roadside bombing Monday in Kabul, Afghanistan.
(1/4) 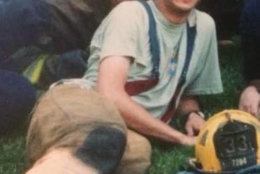 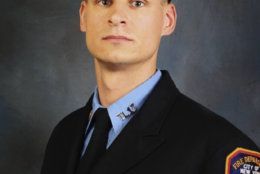 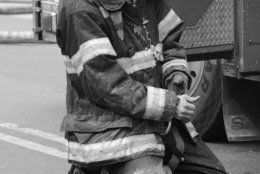 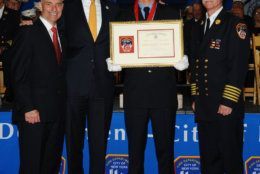 A Marine with roots in the D.C. area, who followed in his father’s footsteps in becoming a firefighter, has been identified as one of three American troops killed in a roadside bombing Monday in Kabul, Afghanistan.

Marine Staff Sgt. Christopher Slutman was a 15-year veteran of the New York City Fire Department who began his firefighting career as a volunteer member of several companies in Prince George’s County, Maryland, and the D.C. fire department.

Slutman was the son of a career firefighter in Upper Marlboro, said Mark Brady, public information officer for the Prince George’s County Fire Department. Firefighters there remembered watching him grow up as he visited the station where his father worked.

His brother, Bryan, is a current D.C. firefighter.

Slutman then became a member of the D.C. fire department before moving to New York.

His long career with the FDNY — first with Ladder Company 17 and then Ladder Company 27, both in the Bronx — was marked by acts of heroism that earned him a commendation from City Hall.

In 2014, New York mayor Bill de Blasio awarded Slutman with the Fire Chief’s Association Memorial Medal after he rescued an unconscious woman from a burning apartment in the South Bronx.

“This unquestionably is an example of the measure of this man,” de Blasio said in a statement. “Christopher Slutman is an American hero, a New York hero, and we mourn his loss today.”

Slutman remained a life member of the Kentland Volunteer Fire Department in Prince George’s County, which has been cited as one of the busiest volunteer fire companies in the U.S.

“Through this trying time, we will remember Chris for the father, husband, brother, son, and friend that he was, the moral character he displayed daily, and the courage and conviction to serve his fellow Americans, both at home and abroad,” said Oleg Pelekhaty, the fire chief of the Kentland Volunteer Fire Department.

“Chris was the ultimate American patriot,” said Lt. Jonathan Clifford, who was taught by Slutman at the Kentland Volunteer Fire Department.

“Not only did he serve his fellow American citizens at home, he served abroad … He was a man of conviction, courage, service and, unfortunately at this point, sacrifice.”

Slutman is survived by his wife, Shannon, and three young daughters.

“Above all else, he was a hell of a family man. He was a devoted husband and father to his daughters and to his wife,” Clifford told WTOP. “That passion and drive that he took in his service he took just as deeply, if not more so, to his family. He was just a truly remarkable human being.”

The roadside bomb exploded Monday near the Bagram Airfield, the main American base in Afghanistan. In addition to the three U.S. service members, the explosion also wounded an Afghan contractor and at least five other Afghan civilians.

The Taliban claimed responsibility for the attack.