A man was fatally shot after a dispute with another man while working with a road crew in Southeast D.C. Wednesday.
Listen now to WTOP News WTOP.com | Alexa | Google Home | WTOP App | 103.5 FM

A man was fatally shot after a dispute with another man while working with a road crew in Southeast D.C. Wednesday.

It happened a little after 4:30 p.m., D.C. police chief Peter Newsham told media. Police responded to the 5100 block of Southern Avenue for reports of a shooting.

When police arrived, they found a man suffering from a gunshot wound. The victim was a contract worker with the road crew, Newsham said.

He was taken to a hospital where he died. The suspect was seen fleeing into Maryland on foot.

The suspect is described as a thin, black man who is about 5 foot 8. He was wearing blue jeans, a black shirt and a red vest, police said.

Chief Newsham provides an update to the shooting in the 5100 block of Southern Avenue, SE https://t.co/JjLGU5VLzI 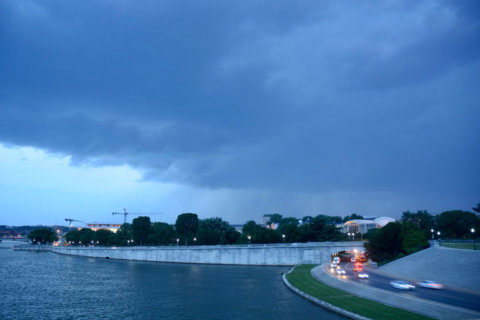