A winter weather advisory is in effect from 10 p.m. Thursday to 10 a.m. Friday for D.C., and parts of Maryland and Virginia. Snow is expected to start Thursday night and continue into early Friday, making for a slippery morning commute.
Listen now to WTOP News WTOP.com | Alexa | Google Home | WTOP App | 103.5 FM
(1/4) 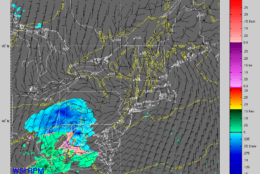 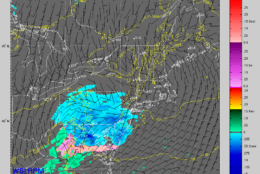 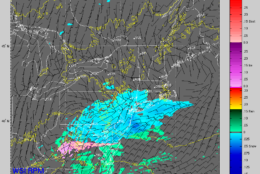 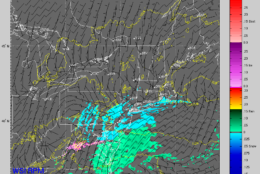 A winter weather advisory has been issued for much of the D.C. area starting Thursday night, prompting local response to what is expected to be a slippery Friday morning commute.

The advisory is in effect from 10 p.m. Thursday to 10 a.m. Friday for D.C., parts of central and southern Maryland, and northern and northwest Virginia.

The National Weather Service said the advisory means snow, sleet or freezing rain will cause problems for travel. Drivers are asked to use caution, because there will probably be slippery roads and limited visibility at times. And pedestrians are asked to be careful of sidewalk conditions as well, as there could be ice.

The Virginia Department of Transportation said in a release Thursday that crews are pre-treating roads throughout the day, and drivers should be alert and prepared for snow accumulations Friday. Commuters in Virginia can also check VDOT’s 511Virginia to see road conditions for their route.

The weather service said earlier Thursday that “the greatest threat for impact from this snowfall” during Friday morning’s commute will be north of the Capital Beltway.

About 1 to 3 inches of snow and sleet is expected in the immediate D.C. area, and around 3 to 5 inches is expected to the north and west, according to Storm Team4 meteorologists.

St. Mary’s, Stafford and King George counties and areas farther south are not under any advisory, with mainly rain in the forecast, according to Storm Team4 Meteorologist Amelia Draper.

“This is not a lot of snow, but the timing will likely lead to some delays tomorrow morning and possibly some isolated cancellations, especially north of Washington,” Draper said. “Main roads should be OK, but side roads tomorrow could be slick.”

Toward the mid-morning, temperatures will begin to warm with rain mixing in with wet snow, Draper said. A cold rain is expected in spots during the afternoon into the overnight hours, with some wet snow still possible around the Maryland-Pennsylvania border.

#SNOW chances going up for Friday morning. Not a huge storm, but it will have an impact for sure. Just in time for the morning commute.

A second storm system looks to be moving into the area on Sunday, though chances for that storm have decreased, according to Storm Team4 Meteorologist Chuck Bell. The storm will likely begin with rain and transition into a mix including snow and sleet by late afternoon to early evening. Rain may persist throughout the day.

THURSDAY NIGHT: Snow moving in just before midnight. Otherwise, cloudy and cold.
Lows: Upper 20s to low 30s in the suburbs, and mid 30s in D.C.

FRIDAY: Snow with rain beginning to mix in around the mid-morning hours. Cloudy with light rain showers into the overnight hours.
Highs: mid to upper 30s