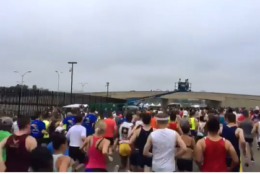 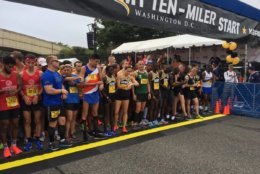 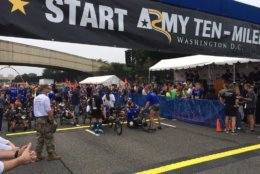 WASHINGTON — Roads in D.C. and Arlington will close Sunday morning and early afternoon for the Army Ten-Miler. Metro service also will be impacted.

The race starts at 7:50 a.m., and the Arlington police said the course has changed this year. It starts on Route 110, goes into Rosslyn and over the Key Bridge to the Whitehurst Freeway into D.C., along Ohio Drive and Independence Ave before turning around behind the Smithsonian castle and heading behind the Jefferson Memorial back into Virginia.

The road closures for the race in the District will include:

Metro will start running trains at 7 a.m. — an hour earlier than usual for a Sunday — and have additional trains on the Blue Line.

Metro said the closest station to the starting line is Pentagon (which will be exit-only from 7 to 9 a.m.), but that you may be better off getting off at Pentagon City and walking. Actually, you may not have a choice: If the Pentagon station is too crowded, Metro said trains might go past it.

As with all large public events, you should make sure you have a SmarTrip card with enough money on it to get you through the day, Metro said — you don’t want to be stuck in line at a fare machine. That goes for the buses too.

All Metro buses that normally go to the Pentagon station will go to Pentagon City instead.