The man who was shot by a security guard after kicking his way through two plexiglass doors at Fox 5's D.C. television station Monday has a history of filing "irrational" lawsuits — including one that alleged he had a microchip implanted in his head that controlled his thoughts and actions.
Listen now to WTOP News WTOP.com | Alexa | Google Home | WTOP App | 103.5 FM

WASHINGTON — The man who was shot by a security guard after kicking his way through two plexiglass doors at the offices of D.C. television station Fox 5 Monday has a history of filing “irrational” lawsuits — including one that alleged he had a microchip implanted in his head that controlled his thoughts and actions.

D.C. police identified the man as George Odemns, 38, of no fixed address. The incident happened shortly after 3 p.m. Monday.

He is in stable condition and has been charged with second-degree burglary.

Police have not specified why Odemns repeatedly kicked the glass doors of the station, located on Wisconsin Avenue, Northwest, before bending down and walking through the broken door, into the lobby.

Sources said the guard used pepper spray on Odemns after he broke through the second plexiglass door.

Police say a guard shot Odemns once in the chest. No other people were injured.

Court records show Odemns had been charged in the District in April 2002 with first-degree murder while armed.

It is not immediately clear from online court records why the case as dismissed in July 2003.

In the past, Odemns had sent rambling emails to the Fox station, and other news organizations, including WTOP, often copying long segments from Wikipedia, discussing artificial intelligence, mind control and machine learning.

Federal and Superior Court records show Odemns has filed several dozen lawsuits since 2014, alleging a multi-functional microchip has been implanted in his head, which controlled his thoughts and actions.

All the suits have been dismissed — some on the same day they were filed.

In a 2016 suit against the Trump organization — one of several Odemns has filed — a federal judge in the District wrote: “The Court concludes that what factual contentions are identifiable are baseless, irrational and wholly incredible.”

In a 2014 suit, Odemns sued 12 corporate defendants in federal court in the District, including Walmart, DreamWorks, Air China and Chevron for $918 billion.

“The allegations that Plaintiff makes in his complaint — that defendants have implanted a ‘multifunctional’ nano-chip that acts as ‘a recorder’ and a ‘transmitter’ in order to ‘record [Plaintiff’s] thoughts, dreams, words, concepts, and behaviors’ — are the types of allegations that courts in this Circuit regularly find patently insubstantial and subject to dismissal,'” wrote U.S. District Court Judge Ketanji Brown Jackson.

It is not clear when Odemns will make his first appearance in Superior Court. 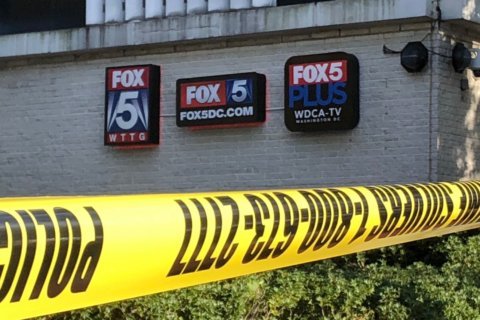