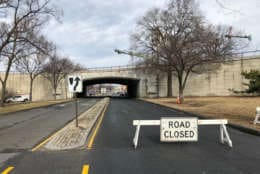 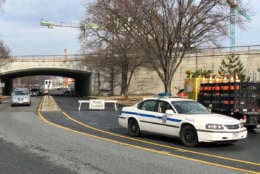 WASHINGTON — Parts of Rock Creek Parkway and Potomac Parkways near the Kennedy Center will be closed for several hours Thursday.

Both of the northbound lanes of Rock Creek and Potomac Parkways under the Kennedy Center are closed from 9:30 a.m. until 3 p.m., the National Park Service said. During the closure, northbound traffic is being diverted onto the Interstate 66 Potomac Freeway.

The southbound lanes are not affected.

The closures start just south of the Roosevelt Bridge and extend to just north of the Kennedy Center.

During the lane closure, crews will be pouring concrete as part of a $120 million expansion of the Kennedy Center.

Below is a map of the planned closures.