The cleanup of a World War I chemical weapons testing site is on hold for the foreseeable future, as the U.S. Army Corps of Engineers prepares to drill holes in the basement of the American University president's home.
Listen now to WTOP News WTOP.com | Alexa | Google Home | WTOP App | 103.5 FM

WASHINGTON — The cleanup of a World War I chemical weapons testing site is on hold for the foreseeable future, as the U.S. Army Corps of Engineers prepares to drill holes in the basement of the American University president’s official residence, looking for evidence of discarded munitions.

More than five years after the house at 4825 Glenbrook Rd. NW, was removed, and as the cleanup of toxic munitions neared completion, the Army Corps will soon bore approximately 15 2-inch holes through the basement foundation, and in the yard and back patio of 4835 Glenbrook Rd.

As previously reported by WTOP, on Aug. 9, workers who were digging by hand experienced eye irritation, diarrhea, and vomiting — symptoms associated with proximity to low levels of chemical agents. The workers were briefly hospitalized, but released the same day.

The discovery was made along the property line between the cleanup site and the home at 4835 Glenbrook Rd., in the Spring Valley neighborhood. Digging was paused after the incident, and has not resumed.

Army Corps. officials have said testing over the years of soil at 4385 found no evidence of carcinogenic or other dangerous substances on the property.

However, in a Sept. meeting of the Restoration Advisory Board, project manager Brenda Barber said recent testing has found low levels of Mustard and Lewisite, which were used in World War I chemical weapons. The colorless and odorless compounds can cause blistering and lung irritation.

Barber said the test bores will be done the week of Dec. 4.

“We’d done extensive investigation in the 2000-era,” Barber said. “Test pitting, soil sampling, arsenic removal, and nothing encountered during those efforts indicated there was any significant contamination on the property.”

Debris containing small amounts of Mustard and Lewisite was removed from the main cleanup site, at 4825.

“Visually, what we’re seeing in the soil looks like layers and veins of black charcoal,” said Barber

Barber said it is premature to discuss the possibility that remediation could include razing the home, which is currently valued at $3,898,350, according to D.C.’s Office of Tax and Revenue.

“I don’t want to be pre-decisional, but we definitely are doing our due diligence,” said Barber.

Regardless, Barber said it is unlikely excavation will resume in the next several months, so the Army Corps will essentially shut-down the site, save for a skeleton staff.

“We anticipate there will be two to four months for our team to develop a return-to-work plan,” said Barber. “It’s not really cost-effective to keep that large team there until we have a vetted plan.”

The university’s new president, Sylvia Burwell, had planned to live in the home, which is owned by the university, but will not, because of the ongoing work.

The recent discovery and upcoming testing is causing a substantial delay to the cleanup project.

The Army Corps had hoped to finish excavation excavation this summer, with the goal of restoring the property to the university. 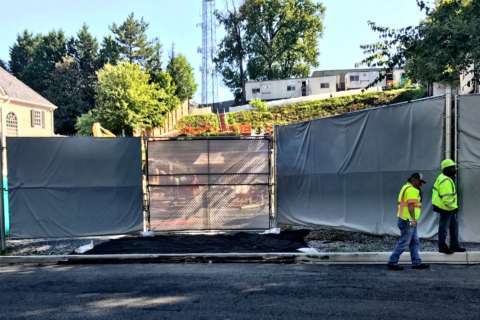 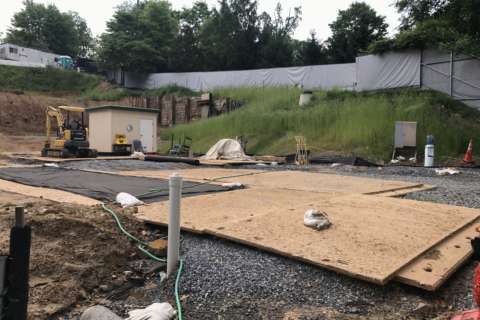 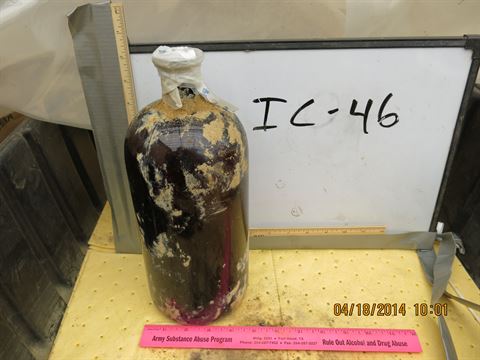 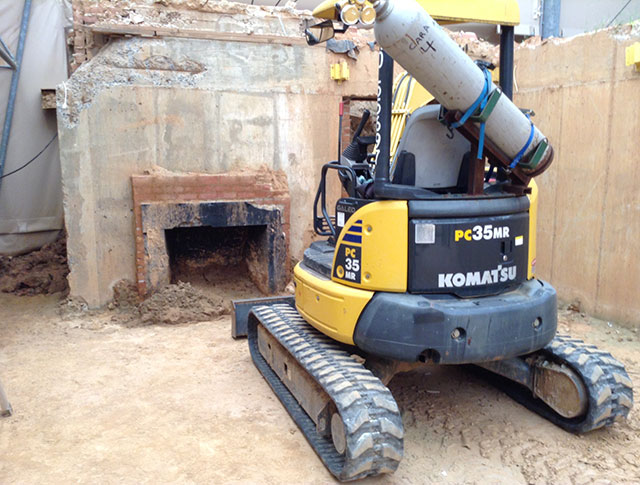