WWII vets honored at their memorial

WASHINGTON — There are few opportunities left to personally thank those from the “Greatest Generation” who fought and won World War II. Sadly, many of those veterans are no longer with us and those who are, are in their 90s. 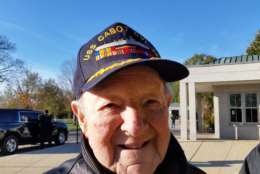 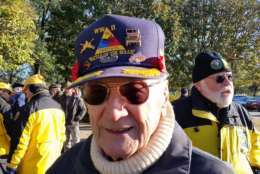 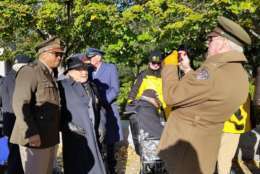 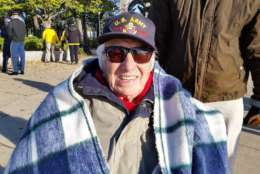 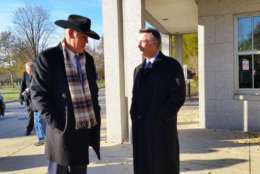 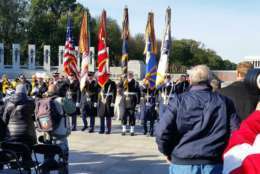 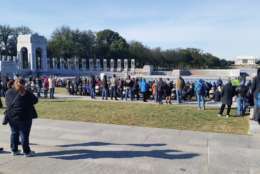 On Saturday at the World War II Memorial, a ceremony paid tribute to the more than 16 million men and women who served during the war.

Some are now in wheelchairs and some used canes, but the master of ceremonies said, “We owe them a debt we can never repay.”

Among those who were honored was Gerry Mendelson, a 95-year-old who had never before visited the WWII Memorial. He used neither a cane or a wheelchair.

“It feels wonderful. It’s my first time and I’m looking forward to coming back,” Mendelson said.

He had just started at Columbia University in New York when Pearl Harbor happened.

“I enlisted the very next day. My father asked ‘Why the rush?’ I said I didn’t like what happened and I didn’t want to be drafted. I wanted to get into naval aviation and that’s what I did.”

Mendelson served in the Pacific theater on an aircraft carrier, the USS Cabot for nearly a year, where he fought in five major battles. He’s also a professional piano player who played with Tony Bennett.

James Shaffer, 98, served in the Army in Germany, France and Belgium. He said he felt very lucky to be at the WWII Memorial and to be there for the ceremony. He was accompanied by his son.

Shaffer, who lives in Adelphi, Maryland, was grateful to the many people thanking him for his service, but he said he doesn’t think that what he did was a big deal.

“I feel it was worth fighting for the freedom that we have today,” he said. “I’m glad that we were victorious.”

Harry Miller is now 89-years-old and lives at the Armed Forces Retirement Home in D.C. He was 15-years-old when he joined the military.

“I guess I survived three wars. So I guess I did pretty good,” said Miller. He served in the Army during WWII and took part in the Battle of the Bulge. He also served in Korea and Vietnam.

Miller says he thinks living through the Great Depression helped prepare them for war.

“It really toughened us up,” he said. “It was hell, I wouldn’t want to go through it again.”

Bruce Allen, president of the Washington Redskins was one of the VIPs at Saturday’s ceremony. He is on a committee with the Friends of the National World War II Memorial that’s honoring the 75th Anniversary of the war. 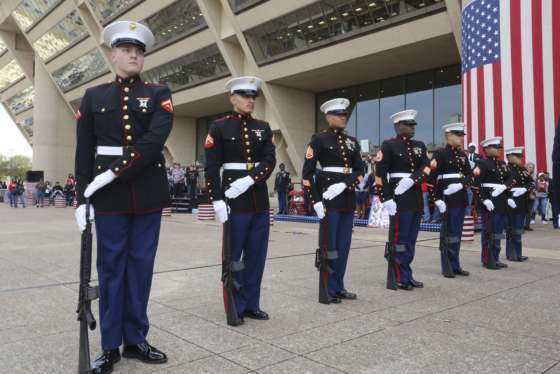 Veterans Day is Saturday, Nov. 11, but events have been happening all weekend in honor of those who have served. See photos.

He said without the Greatest Generation, there would not have been other generations in America.

“What those WWII veterans did are the reasons that we have other generations. It’s the reason we can even play football and enjoy life.”

“I’m honored to be around these heroes,” said Allen.

Secretary of the Interior Ryan Zinke also took part in Saturday’s ceremony. He was a Navy SEAL commander.

“It’s just a great honor to be around the great men and women of the ‘greatest generation,” he said.